A dedicated team captain from the University of Wolverhampton has been named as a higher education football hero.

WLV Women’s captain Lowri Walker has been announced as one of eight Higher Education Football and Futsal heroes by British Universities and Colleges Sport (BUCS).

The BUCS #HEHeroes project recognises workforce volunteers who have gone above and beyond in their role and contribution to the women’s game.

Nominated by staff at the University, the accolade recognises Lowri’s passion and commitment to growing women’s football and her positive impact on the game at Wolverhampton. 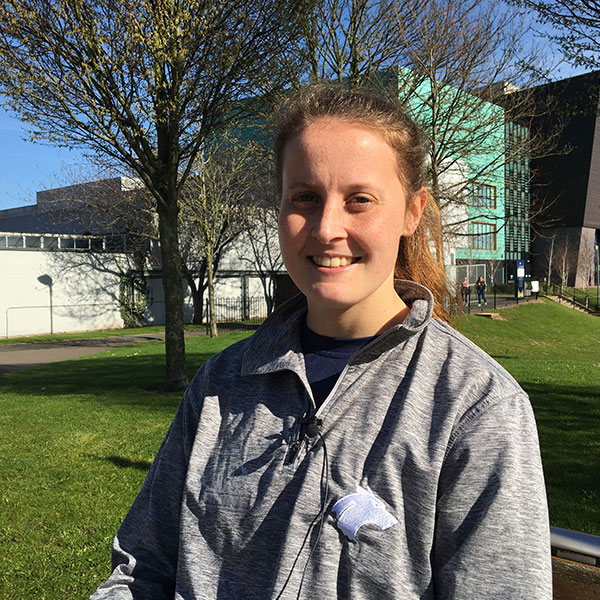 The 21-year-old Sports Scholar recently played at the Home Nations Tournament in Cardiff as part of the English Universities Women’s Football team, scoring a hat-trick in a 6-0 win against Wales.

Lowri, from Aberystwyth, is in her third year of a BSc (Hons) Sport and Exercise Science at the University’s Walsall Campus.

She said: “As captain of the women’s football team, my role is to make sure everyone in my team is happy and enjoying what they are doing, and also to be a role model and represent the University. Being part of the University of Wolverhampton’s women’s football team has changed my life, I’ve gained so much from it and met so many new people who will be friends for life.

“I’m passionate about women’s football because when I was younger there was a lack of opportunities where I grew up and I had to play for boys’ teams. I really want young girls and women to see that there are more opportunities now, the game is just growing and growing, and that they can go far and get so much out of football.”

Tracy Nash, Professional and Workforce Sports Manager at the University, said: “Lowri is a great captain for our women’s football team, leading them to Conference Cup success this season. She is a true role model for the rest of the players, offering support and advice and volunteering her time to inspire others at all levels to play the game.  We’re delighted to see her positive attitude and commitment to the game recognised by BUCS.”

For more information about sport at Wolverhampton, visit: www.wlv.ac.uk/sport or come along to the next Open Day on Saturday, 15 June 2019: www.wlv.ac.uk/opendays