A University of Wolverhampton academic has written a book about the phenomenon of the hit musical, Les Misérables.

Dr Sarah Whitfield, Musical Theatre lecturer in the School of Performing Arts at the Walsall Campus, wanted to write the book because the musical was a favourite of her father. Before she started to write it, her father was diagnosed with late stage cancer and passed away.

Sarah interviewed around 350 ‘Les Mis’ fans for the book, asking why they felt so deeply about the musical.  She said: “When I was a teenager my dad would frequently embarrass me with his love of ‘Les Mis’ and when he was diagnosed with cancer, I set out to find out why this musical phenomenon meant so much to him and to millions of people across the globe. 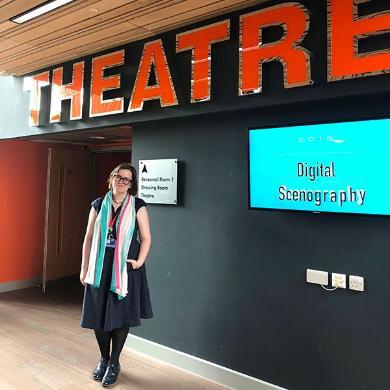 “The book explores how the musical reaches its audiences beyond the footlights, and how the musical provides comfort and inspiration to thousands of people amidst difficult, personal experiences.

“We lost my Dad much too soon. Writing the book helped me understand more about who he was, and his love for ‘Les Mis’ taught me so much about him and how to say goodbye. So many people have a deep connection with this musical and I’m so grateful so many people shared their stories with me.”

The book is part of Routledge’s Fourth Wall book series - short, accessible accounts of some of modern theatre’s best-loved works. They allow their authors the opportunity to explore their chosen subject in a way that is absorbing enough to be of use both to lovers of theatre and those who may be studying a play more deeply. Each book in the series looks at a specific piece, variously exploring its themes, contexts and characteristics an insightful yet very accessible writing style.

The book, Boublil and Schönberg’s Les Misérables (The Fourth Wall), is published on 23rd July 2018 and is available for pre-order on Amazon. 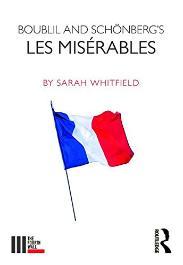 Dr Sarah Whitfield is a musical theatre lecturer and researcher at the University of Wolverhampton. She writes about theatre history, musical theatre, and how musicals connect to people and fan communities. She has five year old twin girls, and is based in the West Midlands.