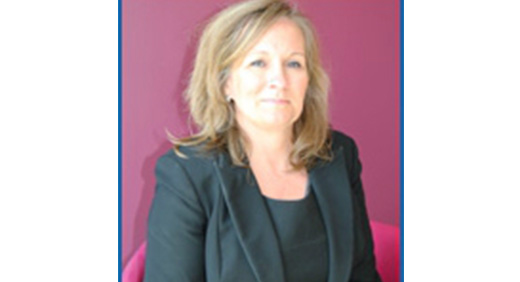 ‌Marina Kendrick is in the running for Lecturer of the Year at the Student Nursing Times Awards.

The School of Health and Wellbeing lecturer, who is based at the University’s Burton Campus, was nominated by three nursing students who qualified in January.

To reach the shortlist, Marina travelled to London for an interview and gave a presentation about her approach to lecturing to a panel of three judges.

The nomination was endorsed by Marina’s colleague Paul Jackson, who will be joining her at the glittering award ceremony on Wednesday, 1 May 2013.

Marina, who is a Senior Lecturer in Adult Nursing, said: “I am over the moon because the nomination was made by students, so I feel like a winner already.

“The main purpose of my job is to ensure students get to where they want to be, which is to become a registered nurse.

“I was nominated because of the support I give to the students. I have an open door approach - I would never turn a student away. If I can’t help I will signpost them to the right person. I have built up really nice relationships with the students.”

Dean of the School of Health and Wellbeing, Professor Linda Lang, also endorsed the nomination. She said: “We are thrilled that Marina has been shortlisted for this award and this is really testament to her hard work and dedication to the students.”

Marina was also nominated for the ‘Above and Beyond’ Award at this year’s University of Wolverhampton Students’ Union Volunteer and Teaching Awards.