Jacqueline Gold will present a talk about inspirational leadership at Wolverhampton Science Park on Wednesday 30 April, 2008. 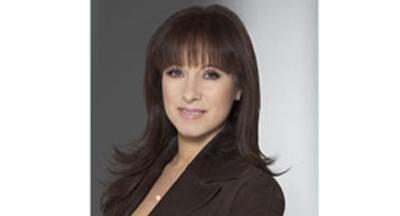 Professor Kit Field, Dean of the School of Education, said: “Inspiration and courage are words often used about Jacqueline Gold and her rise to fame and fortune. How did she learn to harness the energy and drive to such good effect? The University of Wolverhampton looks forward to learning from the story of such a successful and charismatic character.”
At the age of 19, Jacqueline joined Ann Summers for work experience and saw the potential of selling lingerie and other products to women in the privacy of their own homes. She worked her way through the ranks of Ann Summers and was made Chief Executive in 1987, and quickly transformed the business. The takeover of Knickerbox in 2000 added concessions in every Ann Summers store.
Jacqueline was voted the most inspirational businesswoman in the UK in a survey by Barclays Bank and handbag.com in 2005. She recently appeared on the celebrity version of the hit BBC show The Apprentice, to raise funds for Sports Relief.
The seminar is hosted by the University of Wolverhampton Leadership and Development (LEAD) in partnership with the Leadership Foundation for Higher Education, and is the latest in the Inspirational Leadership Programme series.