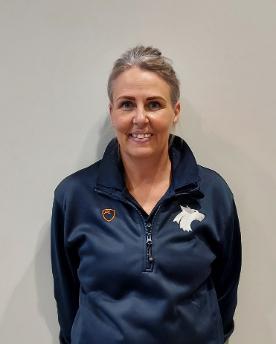 Interesting Fact: Sally has just launched a new Core Inclusive ParaNetball club based in the Black County, for young people with learning disabilities and hearing impairments.

Background: Sally started her netball journey at the age of 14 at school. She later joined Grasshoppers Netball Club where she played for many years in the old National Clubs system. She started her own club, Libra Lea in 2010 as an opportunity to play with her 2 daughters. The club developed rapidly and soon qualified for the West Midlands Senior Regional League and were subsequently promoted to the 1st division within 2 years. During this time, Sally made the transition from player to coach and currently coaches at Invictus 6th Form Netball Academy, as assistant coach at the Severn Stars Wrekin Nova, and is Severn Stars Assistant Coach for the Pathway U17 Squad, alongside her role at the University. Sally very much sees herself as a Coach who is athlete-centred and takes an holistic approach to all her netball coaching.

Welcome to the Netball Club. We are based at the Walsall campus and have one team playing in BUCS.

Training is on a Tuesday evening 7pm - 9pm at the Walsall Campus Sports Centre.

The girls are looking to recruit new members of all abilities through open training sessions and Trials. If you are interested please contact Sally Bromley S.Bromley@wlv.ac.uk