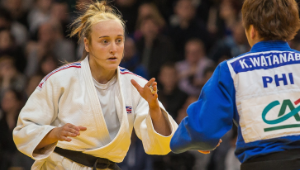 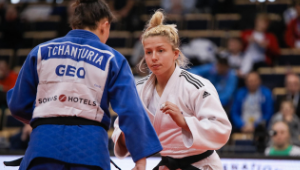 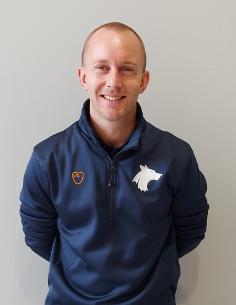 Background: I was a member of the British Judo team for a number of years, competing in my first Paralympic Games in Beijing 2008, where I finished 5th. On my second Games appearance at London 2012, I succeeded in winning bronze after suffering a significant knee injury in training just seven weeks before the Paralympic Games against the odds.

I also won gold in the -60kg class at the 2011 European Championships in Crawley, and 2 consecutive World titles in 2010 and 2011. My major competition record stands at 8 World and European medals over 15 years of international competition.

I first started Judo at the age of seven and by the time I was 10 I had been diagnosed with a degenerative sight condition that resulted in me having no central vision and only able to see peripherally. I used this setback to form my never say never attitude and I feel it is my sight loss that helped form my personality and my approach to life today.

Up there as one of my proudest achievements, I  have a Bachelor’s Degree in Sport and Exercise Science and a Master’s degree in sport and exercise physiology, now a full-time Dad to 3 boys and loving working in sport.

Are you interested in taking Part in Judo? Whether it is to learn some new skills, for physical activity or to compete for the university at the National BUCS competition, the University of Wolverhampton Judo Club has everything you need!

The University also host British Judo so students not only have access to some of the best training facilities in the country but can also stand shoulder to shoulder with Olympic medallists!

Level: Beginner and above

In addition to our WLV Judo programme we have a community judo club partnership with Hardy Spicer 83. These sessions cater for all ages and ability levels and Hardy Spicer is one of the country’s most successful judo clubs.

WLV Judo Members can access these sessions free of charge.

13 years old and above