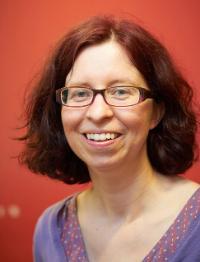 In 2009 Fiona completed an MSc in International Social Policy, and a year later commenced PhD study at the University of Bath which was completed in 2015.  The qualitative research project analysed the treatment of informal carers and the older people they care for by care policies in England using policy simulation techniques.

Student carers in the Faculty of Health, Education and Wellbeing: supporting their educational success

Students who have caring responsibilities for an adult or child with additional support needs have been formally recognized under the Government’s Widening Participation agenda to require additional support to succeed in higher education.  The intention of this research project was to gain a better understanding of the experiences of student carers at the University of Wolverhampton and find out their views about how their caring responsibilities can impact on their university life and the types of support they need to succeed at university.

The numbers of carers within student populations at both a national and local level are not currently known.  Until now the Higher Education Statistics Agency has not required Higher Education Institutions (HEI’s) to collect information about the family circumstances of the student population (Moreau & Kerner, 2015).  However, from September 2018 a tick box option will be incorporated into the UCAS application process to enable prospective students to disclose “whether they are a carer or have care responsibilities” (Carers Trust, 2016b).  This may help to address the current statistical gap in student carer data. At a local level data about the prevalence of student carers within the university population is not currently collected (Mature Part-Time Student Parent SU Officer, 2015; Zulyte, 2017).

Student carers have been identified as ‘a hidden group of students who face unique barriers and challenges in accessing and succeeding in education’ (National Union of Students, 2013, p. 3).  Caring responsibilities have been found to negatively impact on university students’ retention and completion of their studies.  For example, student carers are more likely to consider leaving their course or actually drop out of university than students without caring responsibilities (Hussain, et al., 2013; National Union of Students, 2013; Sempik & Becker, 2014; Traynor, 2015). Their attendance and participation at university can also be undermined by absences and lateness; transport costs and limited parking; the time-tabling of classes and placements; a lack of understanding by academic staff; health problems, exhaustion and emotional strain (Alsop, Gonzalez-Arnal, & Kilkey, 2008; Hussain, et al., 2013; National Union of Students, 2013; Sempik & Becker, 2014).  These factors can contribute towards missed deadlines and student carers only having time to do enough work to get by, thereby affecting student carers’ overall attainment (Kirton et al., 2012).

Up until recently students with caring responsibilities were not explicitly recognized or targeted within national or local widening participation agendas (Moreau & Kerner, 2015).  This is now starting to change.  The Office for Fair Access (OFFA) now explicitly refers to carers as a potential student group for higher education institutions (HEI’s) to target in their Access Agreements which seek to improve access, success and progression among under-represented and disadvantaged groups (Office for Fair Access, 2016a).  The 2014 National Strategy for Access and Student Success in Higher Education (Higher Education Funding Council for England & Office for Fair Access, 2014) also recognized flexible provision and supported transitions to Higher Education to be important for students with caring responsibilities.  There is an additional legal imperative for universities to actively support student carers at university.  Universities have legal responsibilities under the Equality Act 2010 to protect informal carers from discrimination by association where students care for someone with a protected characteristic, which includes disability and age (Great Britain Parliament, 2010; Clements & Thompson, 2011).  The associated legal duty for HEI’s to advance equality of opportunity extends to ensuring student carers are not disadvantaged by university policies or practices in comparison to students with no caring responsibilities (Equality Challenge Unit, 2012).  Arguably to achieve this, institutional systems, structures and policies need to explicitly recognize and address student carers’ needs. Existing research recommends universities develop a more carer friendly culture which promotes staff awareness, understanding, and responsiveness to student carers, which in turn would enable students to disclose their caring status and the impact their caring responsibilities have on their studies (Alsop, Gonzalez-Arnal, & Kilkey, 2008; Kirton et al., 2012; National Union of Students, 2013; Sempik & Becker, 2014).  The provision of more flexible programmes and teaching practices, particularly in relation to submission deadlines (Alsop, Gonzalez-Arnal, & Kilkey, 2008; Hussain, et al., 2013), as well as pastoral support, can also benefit student carers’ academic outcomes (Carers Trust, 2015).

The Office for Fair Access (2016b) recommends HEI’s conduct their own research to understand the issues that affect their student population and target their widening participation agendas accordingly.  This research project was designed as a pilot study to find out more about this little known group of students at the University of Wolverhampton and achieve the following objectives:

A mixed methods approach was used to gather the data.  The first stage of data collection involved an online survey being conducted using the Bristol Online Survey tool.  The online survey was intended to obtain quantitative data about respondents’ demographic characteristics, their university studies, their caring responsibilities, how their caring role impacts on their university life, and their use of university and external support services. Supplementary semi-structured interviews were subsequently undertaken with willing survey participants. The interviews, and to a lesser extent the online survey obtained more discursive, in depth information about participants’ subjective experiences of combining their student and caring roles and their perspectives on how the university could support student carers.  As part of the interview process participants were invited to bring photographs of their student carer experiences along to discuss. The use of photo elicitation, whereby photographic images act as props to stimulate interview discussions (Rose, 2007, in Leigh, 2016; Harper, 2012, in Robinson, 2016, p. 295), proved to be an empowering way for participants to reveal the private sphere of their everyday lives where their caring role is carried out (Pink, 2007, in Leigh, 2016).  This method also allowed them time and control to decide which images to bring to the interview (Robinson, 2016).  The analysis of the participants’ photographs was based on their own interpretation of their visual data which they discussed during the interview.  In line with action research objectives this positioned them as the expert (Robinson, 2016) and reduced the risk of misinterpretation by the researcher (Leigh, 2016).

A qualitative research strategy underpinned by action research principles was used to explore the experiences of student carers at the university.  The design and conduct of the research project was intended to bring about change to empower individuals and communities in their everyday lives (Hardwick & Worsley, 2011; Punch, 2013).  It would create an evidence base about this group of students which could help promote an understanding of student carers’ needs and contribute to recommendations for how institutional policies, processes and support at the university could better meet their needs.  The project could also help raise awareness among staff, the student population, and student carers themselves, which is important because studies reveal how students may not perceive themselves as carers, or may be reluctant to disclose their caring responsibilities due to concerns about being stigmatized, ignored, or being seen as blaming the person they care for (Kirton et al., 2012; National Union of Students, 2013; Sempik & Becker, 2014; Traynor, 2015). A collaborative approach was adopted in designing the data collection tools which were piloted with student carers and representatives of local carer organizations and revised in response to their feedback.

The research project was open to any prospective participants who fulfilled the following definition:

“Any student at the University of Wolverhampton who provides support to, or looks after, a family member, spouse, partner, or friend, who due to illness, physical disability, learning disability, old age, mental health issues, or substance misuse issues, cannot cope without your support”.

Kirton, J.A., Richardson, K., Jack, B.A. & Jinks, A.M. (2012) A Study Identifying the Difficulties Healthcare Students Have in Their Role as a Healthcare Student When They Are Also an Informal Carer, Nurse Education Today 32(6), pp.641–646.

Mature Part-Time Student Parent SU Officer (2015) Numbers of Students Who Are Informal Carers at the University of Wolverhampton. 18th November 2015.