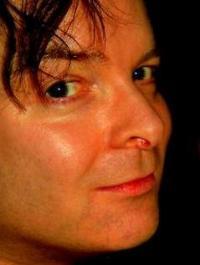 Dr Benjamin Halligan took up the post of Director of the Doctoral College at the University of Wolverhampton in November 2015.

Ben had previously worked at the universities of Aberystwyth (1994-2001), York St John (2001-2007) and Salford (2007-2015). At the latter institution he was Director of Postgraduate Research Studies for the College of Arts and Social Sciences.

Ben completed his MPhil and PhD at the University of Wales, Aberystwyth, where he worked closely with John Hefin MBE (former Head of Drama, BBC Wales) and Elan Closs Stephens CBE (former Chair of the S4C Authority) in establishing and running a new degree in Film and Television Studies in 1997. Ben also co-founded (and named) the Ffresh Film Festival. Ben was involved in the formation and running of the North West Consortium Doctoral Training Partnership, across seven Higher Education institutions, which was awarded £14million by the Arts and Humanities Research Council in 2014. Whilst at Salford Ben co-convened a number of international conferences, including Sights and Sounds: Interrogating the Music Documentary with the late David Sanjek (former Director of Archives at Broadcast Music, Inc.) and Bigger Than Words, Wider Than Pictures: Noise, Affect, Politics with Michael Goddard, and co-edited the resultant publications for Continuum, Bloomsbury and Routledge.

Ben’s has delivered undergraduate and postgraduate teaching in Critical Theory, post-war British theatre, popular musicology, European avant-gardes and many aspects of film history, along with practical and practice-based teaching in theatre / performance and film. Ben has also been an external examiner for BAs and PhDs and course revalidations, and has peer reviewed for a variety of journals and publishers (including Oxford University Press, Routledge, Bloomsbury, Ashgate, Palgrave, Intellect and Manchester University Press).

Ben has presented papers at academic conferences and film festivals in several countries, overseen and curated film retrospectives, and has served on the jury of the Leeds International Film Festival. He has introduced and talked about the films of Michael Reeves around the world since the publication of his critical biography, Michael Reeves, by Manchester University Press in 2003.

Recent publications include the monograph Desires for Reality: Radicalism and Revolution in Western European Film (Berghahn, 2016) on militant film-making of 1968. Ben’s co-edited collections are Mark E. Smith and The Fall: Art, Music and Politics (Ashgate, 2010), Reverberations: The Philosophy, Aesthetics and Politics of Noise (Continuum, 2012), Resonances: Noise and Contemporary Music (Bloomsbury, 2013), The Music Documentary: Acid Rock to Electropop (Routledge, 2013) and The Arena Concert: Music, Media and Mass Entertainment (Bloomsbury, 2015). Book chapters and peer-reviewed journal articles published since 1998 include writing on the Sarajevo Documentary School, Third Wave Feminism and Raunch Culture, fashion photography, post-Fordism, 1970s dystopian science fiction, shoegaze, exploitation cinema, virtuality and DJing, psychedelia, and metrosexuality. Ben has co-written a number of experimental dialogues / interviews with colleagues, which seek to recover forgotten or marginalised cultural artefacts: on, for example, pioneering queer pornography of the late 1960s (with Laura Wilson), European auteurs confronting urban terrorism (with Michael Goddard) and the origins of arena concert design (with Jon Stewart).Ben was returned to the Research Assessment Exercise in 2008 and the Research Excellence Framework in 2014. Ben has written for The Independent newspaper, a number of online sites, and contributed to DVD/Blu-Ray commentaries. Current research is interdisciplinary, across audio and visual cultures, and with reference to ideology and form, autonomist Marxism, poststructuralism, affect, and feminism and spectacle. A new monograph, Hobgoblin nor Foul Fiend, is forthcoming: a theological study of British horror cinema.

Ben has been principal supervisor for PhD research in the areas of contemporary US television drama (“Hegemonic Masculinity and Violence in the Contemporary US Crime Drama”, awarded March 2013), and practice-based research in documentary-making (“Ankara Rocks: Black, not Grey”, awarded November 2017), and for MPhil research in liveness and virtuality (“Live Music, Performance and Touring during the Digital Era”, awarded September 2015) and practice-based research in creative photography (“Place to Place: Nostalgia and Photography”, awarded August 2015). Ben is currently supervising PhDs in the areas of: avatars, gaming theory and employment profiles; minority representation and teaching curricula; and British political surveillance. Ben is currently able to take on MPhil / PhD researchers in European and North American cinema, popular musicology, noise, liveness, British theatre, aspects of theology and popular culture, fashion and photography, and Critical Theory, and welcomes any enquiries.

In his spare time, Ben has worked as a freelance photographer (published by Diva, Liverpool Post and Echo, and with shoots including Judge Jules, Boy George and Hed Kandi), and is keen on beaches, catwalks, galleries, dub soundsystems and North Yorkshire.