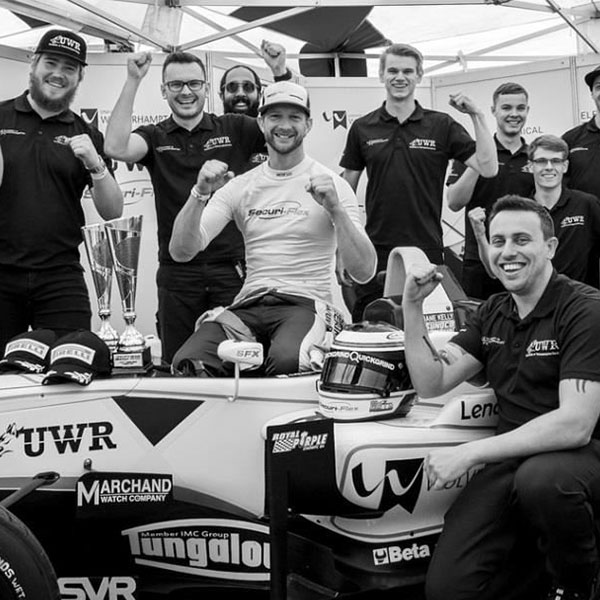 UWR Supporter Update for weekends of 17th and 31st August

By the middle of August, UWR's F3 Cup student team should already have raced on the Silverstone National circuit, but owing to extensive resurfacing of the circuit ahead of the British Grand Prix, the mid-June races were rescheduled to Donington Park at the end of September. 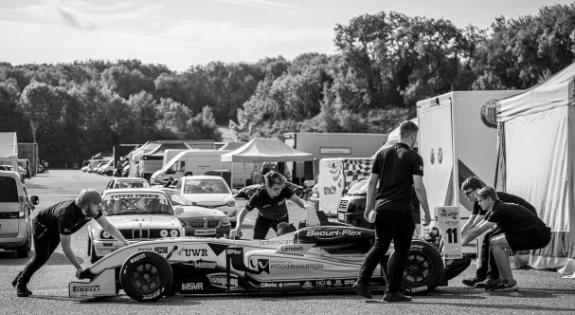 This meant that when the UWR team arrived at Silverstone ahead of Friday testing, the track was familiar, but different in crucial ways. Most of the other competing teams in the F3 Cup had chosen to have an extra weekend of testing after the resurfacing, but UWR's calendar had clashed, making it essential that the student race engineers made the most of the Friday testing session to learn how the new surface would make the car behave.

Sadly, the unseasonable weather had other ideas for the Racing Wolves. Unrelenting rain settled over Silverstone for the test day, and while a few cars in other competitions got on the track, the session was black flagged before the F3 Cup teams could even reach assembly.

UWR needed to rely on their data from previous races at Silverstone to determine the best setup for the Dallara, and student Team Leader Dan Bird worked through the afternoon downpour with lead data engineer Andrew Downs and driver Shane Kelly to make their best guessed for qualifying.

Saturday came bright and clear, with not a hint of the rain that had marred the Friday practice session. The majority of the day was taken up by the British F3 and GT Cup competitions, and the UWR students watched on with interest from their pit lane garage. As the afternoon rolled around, UWR checked and double checked their set-up ahead of a vital qualification session. After a fantastic team effort at Oulton Park to fight through the damage done to the car in qualification, Shane Kelly was back into second place in the championship and ready to contend with Cian Carey for the top spot once again.

However, qualification didn't go as UWR had hoped. As the 20 minute session progressed, it became apparent that the lack of race testing on the new surface was hampering Kelly's progress. While the Honda engine, powered by engine sponsor Securi-flex, normally gave the Wolves decent speeds, Kelly was more than a second off the pace of the leaders, and in the quickest competition outside F1, a second is a huge margin. As time ticked down on the session, Kelly battled hard to find any advantage, but the lack of data that influenced a "best guess" set-up took its toll. UWR would start both races from 7th on the grid, leaving a huge amount of work to do in the races, and through the night.

It could be argued that rain at Silverstone was UWR's enemy number one, after a torrential downpour at the same circuit black-flagged the final race of the 2018 season, confining the team to 3rd in the championship. But an unexpected shower on the morning of Sunday 18th August enabled some brave and daring driving from Kelly. As almost 100 UWR supporters joined us in the Brooklands Suite to watch the two F3 Cup races, an unexpected rain storm lashed Silverstone for an hour. Other championships still took to the track, and as the preceding race wound down, the rain abated and the August sunshine began to dry the track. Every team in the F3 Cup pack would need to make a difficult choice between slick or wet tyres.

The top 5 drivers in the competition all opted for wets, but as the cars left assembly for the formation lap, it was clear to all observers that the surface was drying fast. Two drivers dived into the pit lane to change tyres, Shane Kelly and championship rival Stefano Leaney, both switching from wets to slicks. This last minute manoeuvre would mean both cars starting from the back of the grid, but it was a calculated risk to give them extra pace as the surface water evaporated. It was a tactic that would pay off for one of the drivers.

Fortunately for UWR, that driver would be Shane Kelly. With a much improved car set-up from the data gleaned during qualification, combined with the slick tyres from the quick pit-stop, the bright yellow Dallara began to carve through the back markers. And each time Kelly passed the UWR supporters watching from Brooklands a cheer rang out with each place gained.

With less than five minutes of the race to go, Kelly had made his way to third place and began reeling in championship leader Cian Carey, who was in second. Each passing lap saw Kelly eat into the lead, but as the chequered flag fell on George Line in first, there was still too much to do for our driver and Carey took second. But considering the qualification session the day before, UWR were delighted to steal a podium position and remain in championship contention.

After the race, Shane Kelly, Dan Bird and Andrew Downs joined Head of School Dr Syed Hasan for a post-race Q&A with the assembled guests. All three explained the late nights and hard work that went into delivering a podium finish. Kelly in particular thanked the students for the hard work and positive attitude in the face of difficult sessions before describing the extreme track conditions.

With several hours to go until the next race, guests enjoyed tours of the UWR garage to meet the team and see the F3 car in its stripped down state.
But the day of racing wasn't over for UWR, and before long the students were hard at work once again, reassembling the car and getting Kelly ready for the last stint in the cockpit of the day. With no rain to intervene in race two, Kelly would have his work cut out to enjoy the same levels of success as race one. The new race set-up continued to provide good pace for UWR, although passing was harder, and as 20 minutes ticked away too quickly, Kelly managed to sneak his way from 6th place up to 4th. However, shortly after stealing 4th from Stuart Wiltshire, 2018's second place man, Wiltshire returned the favour, retaking 4th position and forcing Kelly to settle for 5th place. 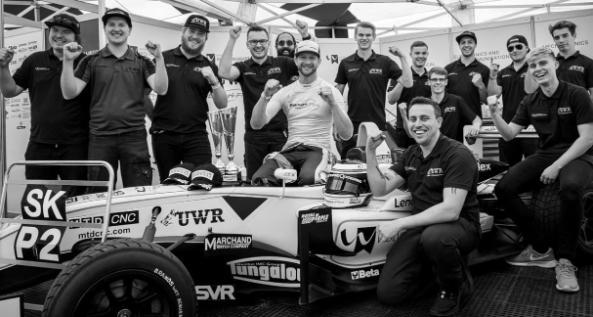 Strong finishes for Cian Carey and George Line in races 1 and 2 meant that UWR slipped from 2nd place in the championship down to 3rd, but with racing taking place at Brands Hatch following in quick succession, the season was far from over for UWR. Brands Hatch double-header gives UWR an opportunity With a point to prove after Silverstone, and second place in the championship to retake, Dan Bird's team moved with renewed purpose around the Brands Hatch paddock.

The weather held true for qualifying, and Stefano Leaney, Cian Carey and Shane Kelly flew around the circuit, posting qualifying times less than a second apart. Silverstone's big winner, George Line, suffered with mechanical difficulties and was significantly off the pace, qualifying at the back of the grid. Kelly would never have a better opportunity to take back 2nd place in the championship.

Further misfortune struck UWR's adversaries as an engine failure towards the end of qualifying forced Cian Carey into his reserve car, which would also mean that Carey had to start both races from the very back of the grid, behind George Line. Suddenly, Kelly would begin each race from the front row!

In race one, UWR made a fantastic start, getting ahead of pole position Leaney to lead the race through the first few corners. Sadly the lead wouldn't stay with Kelly for more than a lap as Leaney's superior pace shone through. As Leaney made the most of the clean air, Kelly became embroiled in a contest to hold on to second, as Darragh Daly put UWR under pressure. But the challenge was short-lived, and Kelly pulled away into a solid second place. With a few minutes left of the 20 minute race, Carey span his car and became stranded. Unable to get the car into a safe space, the race was red-flagged and didn't restart. With second place on the podium secured for UWR, Saturday's racing was complete.

The first day of September was still bright and sunny for UWR and with championship P1 and P2 at the back of the grid for the second race, could Kelly could capitalise on a great racing position?

Once again starting from the front row, Kelly got away cleanly, but not as smoothly as the previous day. Leaney lead the race and by the second lap, Darragh Daly had made the challenge he'd tried the previous day stick, passing Kelly at Druids.

As Kelly battled with Daly, news ran through the paddock that Leaney would receive a 10 second penalty for stalling in the formation lap and starting the race in the wrong position. Although he lead on the track, he was effectively in fourth place!

With no team radios to communicate with the drivers, Kelly would have to wait to hear the news after the race.

Despite his misfortunes, Cian Carey was surging through the field and catching Shane Kelly. With less than 10 minutes to go, Carey challenged to overtake through Paddock Hill, but some fantastic defending of the racing line meant Kelly could hang onto the effective P2.

The two drivers continued to battle, but as the clock wound down, Kelly maintained his track position and without further drama or incident, claimed his second P2 of the weekend.

With a fantastic points haul from Brands Hatch, and George Line nowhere near contention, the Racing Wolves are now back in second place in the championship, just 26 points behind Cian Carey with 6 races to go.

The F3 team head back to Donington Park at the end of September, and with another strong performance at our favourite circuit, we might even grab the championship. 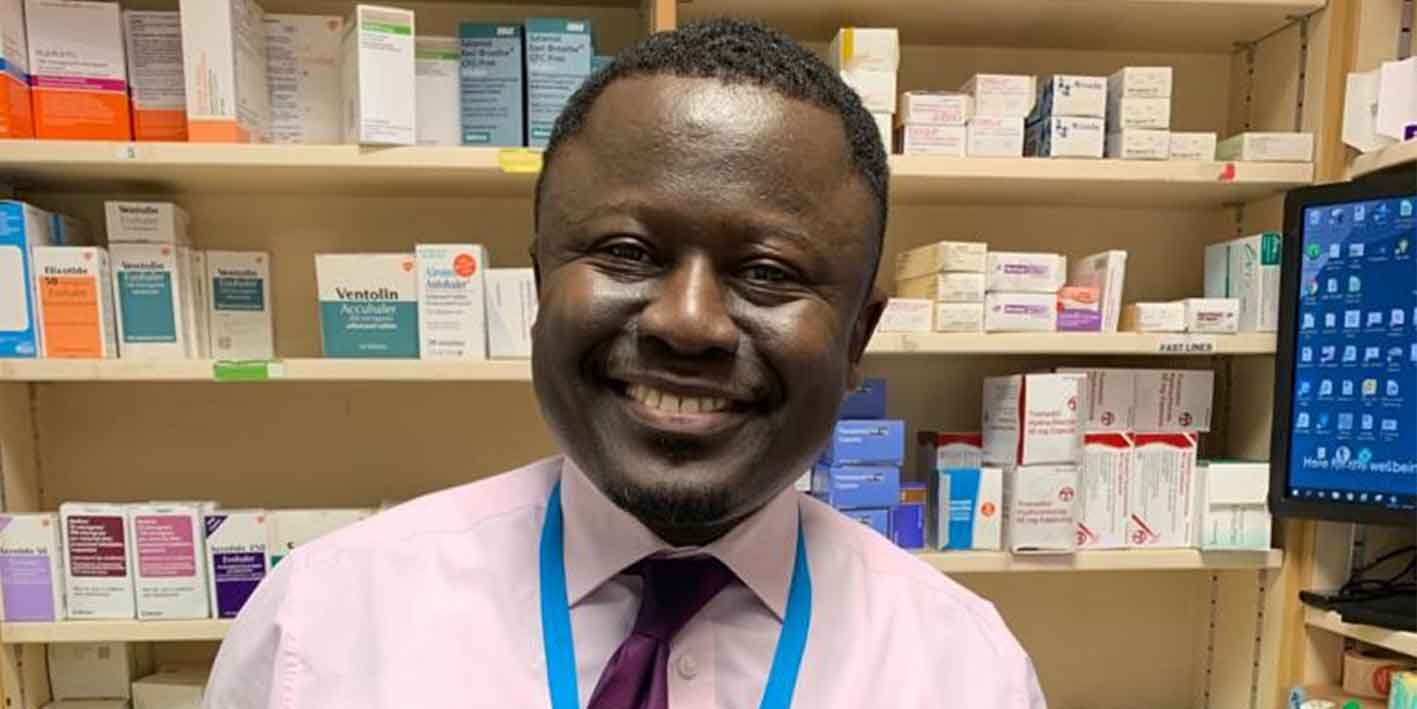 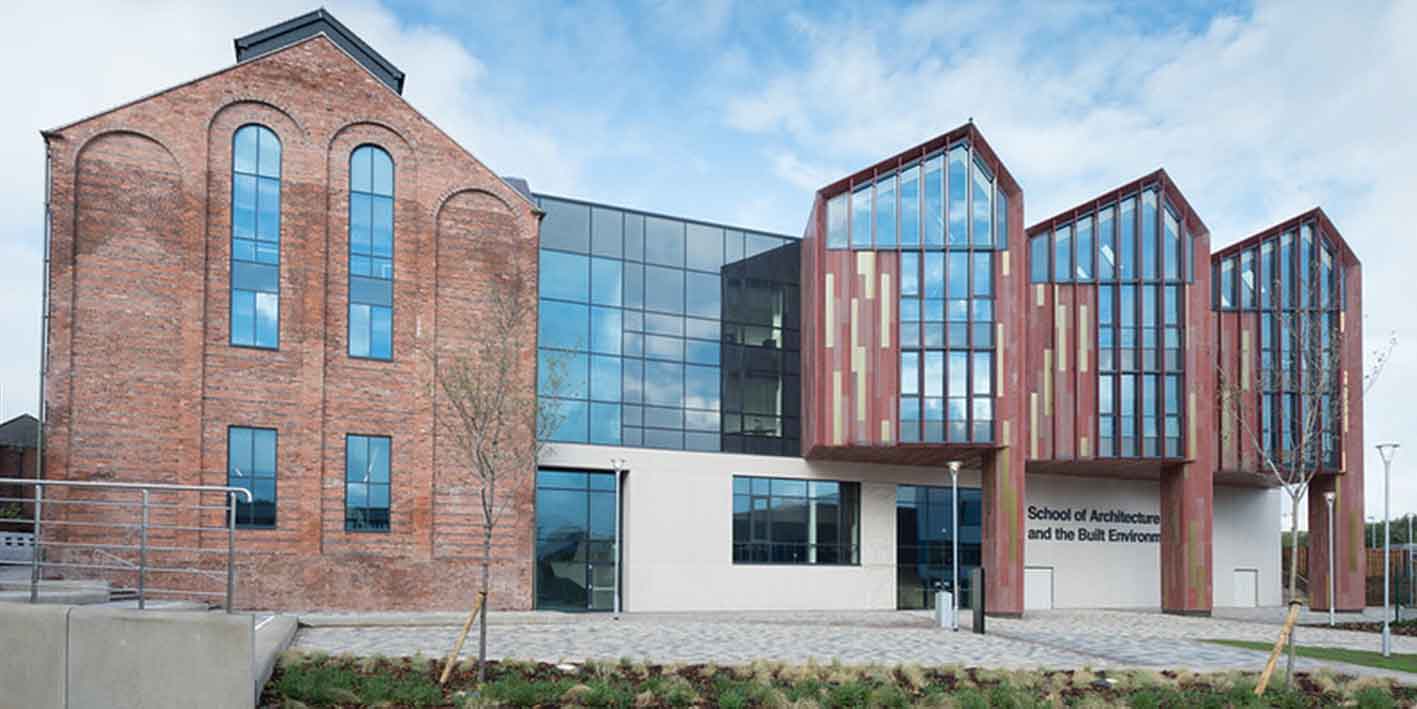 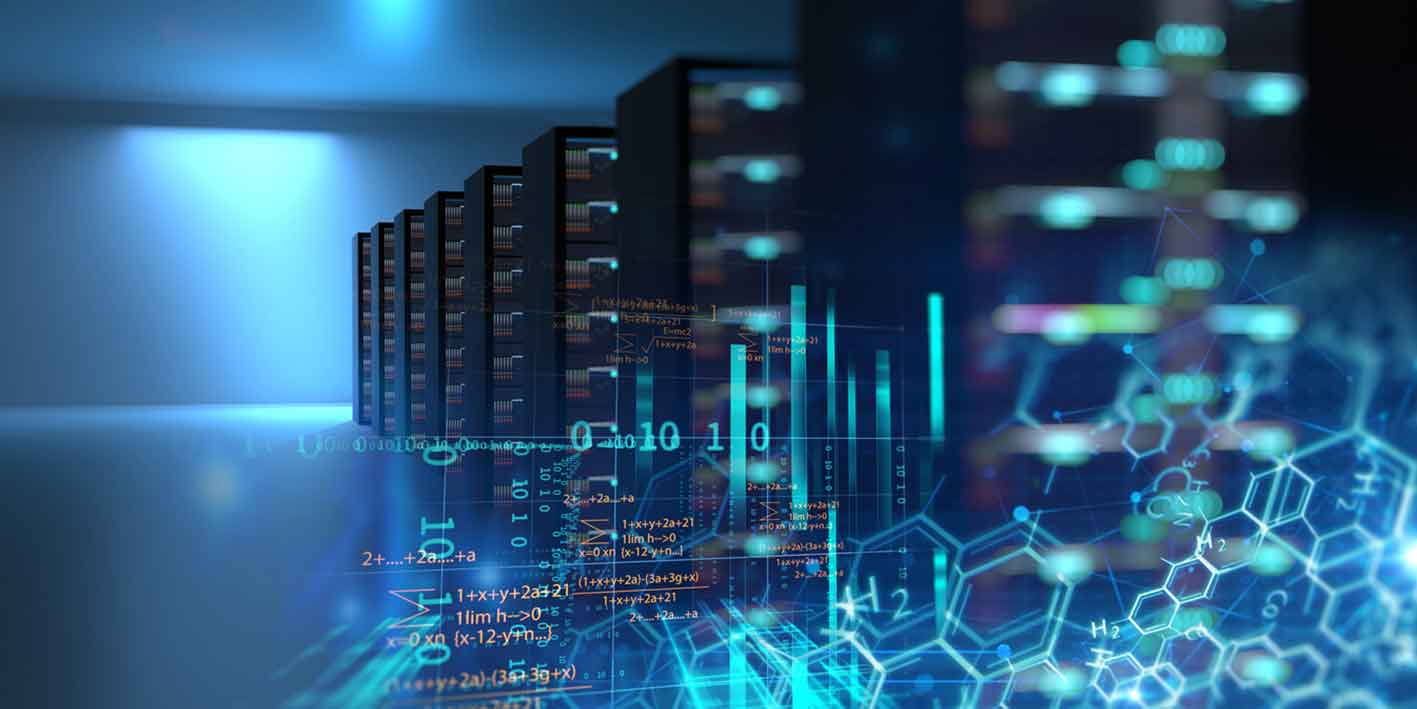