The study was led by University of Wolverhampton lecturer, Dr Simon Maddock and colleagues from London’s Natural History Museum. The species was published in the journal Zootaxa and represents the eighth known caecilian species to occur on the Seychelles. The caecilian has been given the name the montane Mahé caecilian or Hypogeophis montanus (its scientific name) in reference to the species only occurring on the highest mountains of Mahé. The new species is a contender for the worlds smallest caecilian reaching a maximum length of 110mm. 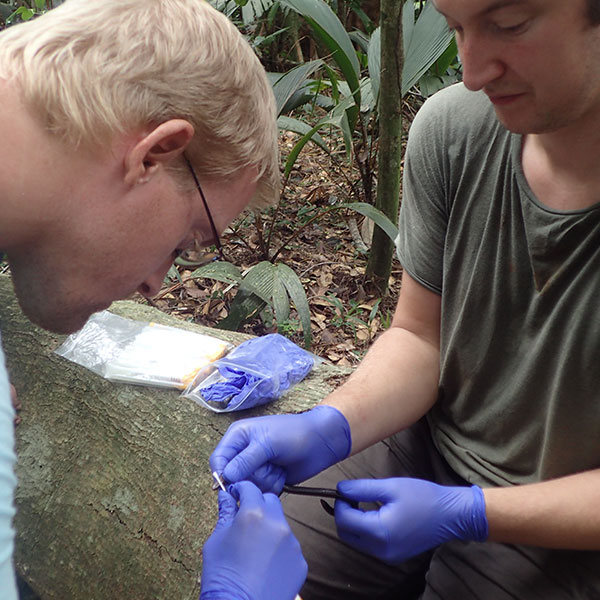 Dr Maddock said: “The finding of another new species of caecilian in the Seychelles, in a short space of time, is extremely exciting. It demonstrates that despite being small in landmass the Seychelles is very biodiverse with many, many endemic species.

“Seychelles caecilians have been isolated from their closest relatives in India for 75 million years making them extremely interesting. However, because of this they are likely vulnerable to disease, having not encountered foreign pathogens for a long time. An amphibian chytrid fungus, although not in the Seychelles, is a very big worry and has wiped out populations of other amphibians across the globe.”

The montane Mahé caecilian is only found in a 1km2 area of National Park on the two highest mountain peaks of Mahé, and is the only Seychelles caecilian to be encountered . The species is at the very highest peaks of these mountains making climate change a huge threat to the survival of the species because with increased temperature the species will be pushed higher up the mountain making its distribution even smaller.