University of Wolverhampton project which helps dependents of Armed Forces members is to be officially launched.

Top military personnel are set to attend the event, which marks the start of the 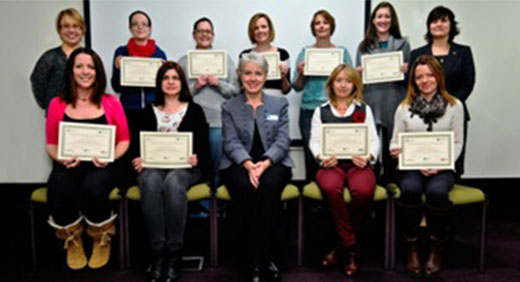 The project offers a business start-up programme for the dependants of serving Armed Forces personnel, Reservists and Veterans to enable them not only to financially support their family but integrate them into the local civilian community.

Recently, Lianne Bradbury, armed and uniformed services co-ordinator for the University, was invited to Downing Street to talk about her work on the project, which was praised by Prime Minister David Cameron.

And to mark the commencement of the project, a launch is being held at the Seminar Room of the Wolverhampton Business Solutions Centre, on November 25.

Giving the opening and closing addresses at the event will be Brigadier Gerhard Wheeler, Commander 143 (West Midlands) Brigade.

Brigadier Wheeler began his career in the Armed Forces in 1986 and has since served in Northern Ireland and Iraq and at the end of 2009, was posted to Afghanistan to serve for a year as the Deputy Commander of Task Force Helmand.

He said: “This inspiring and innovative initiative has the potential to unleash a raft of talented entrepreneurs within our military families. Dragon’s Den, watch out.”

The Supporting the Unsung Hero  programme will run for one year with each intake being offered information and advice on self-employment, a business start-up course and individual and group mentoring with business advisers.

The project will be delivered through the Wolverhampton Business Solutions Centre in conjunction with the Black Country Chamber of Commerce and The Ministry of Defence Hive Information Service.

Lianne Bradbury, armed and uniformed services co-ordinator for the University, has played a key role in setting up the programme, which has been funded from a £35 million funding pot created from fines levied on banks for attempting to manipulate LIBOR rates.

Lianne said: “We are proud to have Brigadier Gerhard Wheeler, along with many other senior Armed Forces figures, to help launch the Supporting the Unsung Heroes project.

“The families that have already committed to the programme are excited and enthusiastic about the opportunity it provides for self-development and potential future stability for their military family.”