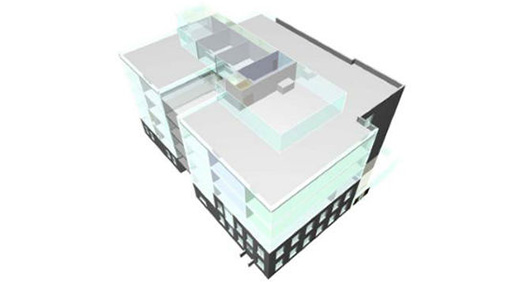 Main contractors, Kier, moved onto site in Stafford Street earlier this month for preparatory works and in the last week heavy machinery and equipment has moved on and started the required demolition work.

The contemporary look building will feature state-of-the art lab facilities for around 2,500 undergraduate and postgraduate students and be home to around 150 staff.

It will also include an area from Stafford Street through which the public can view the inside of the building and see experiments and teaching in action.

The work starts as the University’s newly formed Faculty of Science and Engineering officially started operating on 1 August 2013. The new Faculty, which has been formed from the former School of Applied Sciences and School of Technology, was created in order to respond to industry calls to tackle the shortage of graduates with skills in science, technology, engineering and mathematics.

Vice-Chancellor of the University of Wolverhampton, Professor Geoff Layer, said: "This is a really exciting development which illustrates well our commitment to science, engineering and research.

"We are the University for the Black Country, South Staffordshire and Shropshire and we firmly believe that helping economic growth and economic regeneration is our focus.

“We are approaching the coming year with a new emphasis around science and engineering provision and that fits in with the industrial and manufacturing heritage of the region. We want to contribute to the creation of jobs and providing a ready and skilled workforce."

The scheme, which is being project managed by Faithful and Gould, will see the new building re-open as part of a phased approach. With the first part opening in September 2014 and the remainder in December 2014.