The Chief Executive of the biggest independent co-operative in the UK has been awarded an honorary degree by the University of Wolverhampton.

Ben Reid of The Midcounties Co-operative received an Honorary Degree of Doctor of Letters. 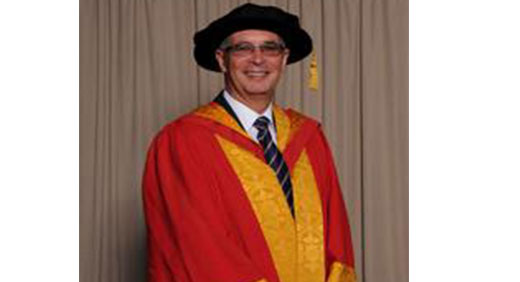 Ben said: “I’m very thankful to the University for bestowing this honour and delighted to receive it as wider acknowledgement of the positive contribution that social enterprise is increasingly making to the economy, not only in the UK but around the world.

“2012 is the International Year of Co-operatives, which highlights the benefits of doing business with a social conscience in a co-operative way, and that makes the award extra special.”

A Fellow of the Chartered Association of Certified Accountants (FCCA) and Institute of Co-operative Directors, Ben originally worked within the public sector before entering the world of mutuality with Nottingham Building Society in 1980.

Ben’s inclusive style of leadership and commitment to the lasting values of mutuality has made him much in demand by organisations where the ethics of service and social responsibility are paramount.

His commitment to Walsall is underlined by the leading role he played in establishing the Walsall Regeneration Company, which has acted as a catalyst for a number of significant developments in the Town, and also as Chair of The Manor Hospital where he led on the opening of a new hospital in 2010. He was awarded an OBE in in June 2010 for his ‘service to business and to the community in Walsall, West Midlands’.

He received the honorary award at a graduation ceremony at the Wolverhampton Grand Theatre on Saturday 8 September 2012.