Ancient items such as an antler horn harpoon from Shrewsbury Museum and Art Gallery have been featured in a new film by a University of Wolverhampton lecturer.

The School of Art & Design lecturer was commissioned to incorporate the objects into an animated film which would be on permanent display in two of the museum’s galleries.

The objects, which also include druidic spoons which might have been used in blood rituals, come from a period of over 10,000 years, from the end of the last ice age to the arrival of the Romans in Britain.

Samantha directed the film, working with four animators from the West Midlands region, including two graduates and a student from the University.

The four-minute animated film will be screened at the London International Animation Festival on Sunday, 28 October 2012 at the Barbican.

Samantha, who lives in Shrewsbury, said: “We used expert opinion and advice from archaeologists about how each object may have been used and what its significance may have been.

“In the end though, we had to work with the traces of people who left the only imprint of their existence in the objects that they held dear – intangible shadows hinting at the larger picture. For this reason the human figures in the film remain shadowy and undefined, often depicted in silhouette, hence the title of Shadow Stories.

“The objects themselves take centre stage in the film whilst their presence in the surrounding cases anchors them in both the past and the present.”

Samantha worked with Wolverhampton graduates Jamie Cartwright and Matt Ayris and current student Arin Sotoudehniakarani on the film. All the animators got the chance to visit the museum and handle the objects which gave them an insight into how the objects would have been used. 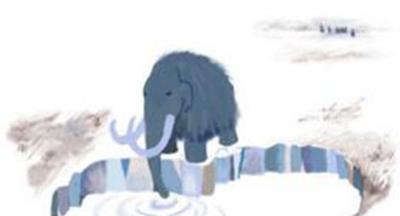 Samantha Moore won the prestigious Nature Journal Scientific Merit award for her previous film, An Eyeful of Sound, at the third Imagine Science Festival, New York in 2010. The award is given to the best short film of the festival.