Trip down memory lane for graduates

A group of language graduates from Wolverhampton who have gone on to work all over the world have been reunited 44 years after completing their course.

The former students graduated in 1968 from what was then the Wolverhampton College of Technology, now part of the University of Wolverhampton. 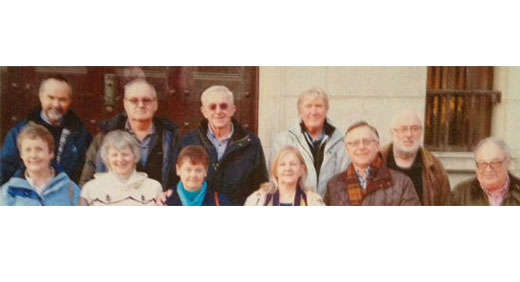 guided tour of the University.

One person had travelled from Canada and another from Germany to be at the reunion, which included dinner at the Mount Hotel.

The graduates have gone onto a diverse range of careers using their language skills including working in international business and as translators and teachers.

One of the graduates who was unable to attend the reunion was Peter Austen, a mountaineer who led the first Canadian team to climb Mount Everest.

Another graduate who did attend, Les Harman, became a priest and was made Canon of St Albans Abbey in 2009. He has since retired and lives in Devon.

Norman Gaygan, who now lives in Manchester and is a former International Sales Director of a large engineering group, organised the reunion weekend. He said: “The reunion, which coincided with our attainment of pensioner status, came 44 years after we had all left Wolverhampton to go our separate ways. But it seemed as if we had never been apart as we all slipped easily into our old characters and displayed a real bond to each other. 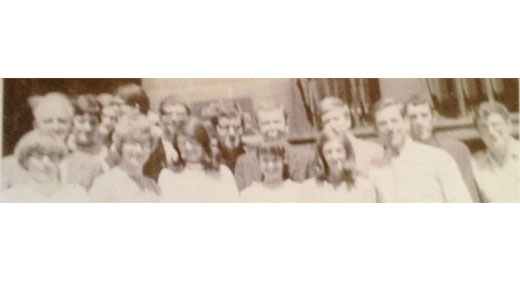 “Much credit must be given to Mike Beasley and Linda Cooper (nee Redfern) for their good work in selecting and liaising with the hotel, and making the meal arrangements. And to Diane Loram (nee Harrison) for setting up the tour of the modern university which left us all extremely impressed. A very nostalgic experience.”

Alumni Relations Manager Amy Roberton showed the group around the older parts of the University. She said: “It was great to welcome back some of our alumni, particularly ones with such diverse and interesting life stories. They wanted to see how Wolverhampton had changed, and it turned out the only University building they knew was the one on Wulfruna Street which is known as the marble reception.

“It’s 21 years since we became a University next year so we’re really keen to hear from any alumni, so please do get in touch at alumni@wlv.ac.uk.”

The 1968 DELI graduates are keen to hear from any of their colleagues. They can contact: norman.gaygan123@btinternet.com or m2beasley@yahoo.co.uk or lecooper@tesco.net