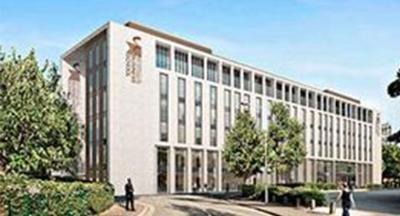 The University of Wolverhampton has announced plans for a multi-million pound redevelopment of its City Campus.

The plans involve an investment of around £45m on its North and South City Campuses in Wolverhampton City Centre.

A new Science facility, including state-of-the-art laboratories alongside teaching and meeting rooms is being created by extending and redeveloping the current MB Building, which fronts onto Stafford Street.

The new £25m building would be completed to reopen for the 2014 academic year as part of a phased approach.

The first phase opening in September 2014 and the remainder in December 2014.

A brand new £15m building is also planned for the University of Wolverhampton Business School on the City Campus North opposite Molineux.

This would be located on land between the school’s current MN base and the School of Health and Wellbeing’s MH building in Molineux Street. Plans for the building are currently being devised with a view to deliver it by December 2014.

Both are subject to planning permission. 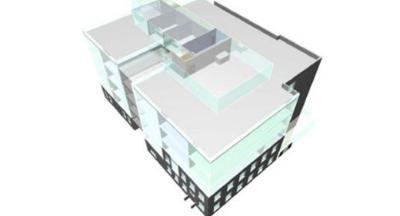 being created at the Lomas Street Halls of Residence complex.

It is all part of the University’s masterplan for the area to improve facilities and the student and staff experience. There are also plans to continue to develop the campuses at both Walsall and Telford.

Vice Chancellor, Professor Geoff Layer, said: “I’m delighted to see that plans that have been talked about for a number of years to improve the University are now starting to become a reality.

“We are the University for the Black Country, South Staffordshire and Shropshire and we firmly believe that helping economic growth and economic regeneration is our focus. “We are approaching the coming year with a new emphasis around science and engineering provision and that fits in with the industrial and manufacturing heritage of the region. We want to contribute to the creation of jobs and providing a ready and skilled workforce.

“It’s important that we don’t stand still. We have to continuously be looking at how we can improve what we offer to students and providing great facilities is a vital part of that.

“It is also about putting the University firmly on the map in terms of academic excellence here in Wolverhampton and at our other campuses in Walsall and Telford, which can now truly be considered as University-towns in their own right.

“At Walsall we want to develop sport further and create a Centre for Sporting Excellence. While at Telford we are working closely with businesses to create a hub for innovation and enterprise where more people can come and set up and grow their own ventures.”

Details of the plans include:

For media inquiries please contact James Allen in the Media Relations Office on 01902 322003.