TV presenter to give talk

Ken Hames has recently completed the third series of his show Beyond Boundaries in the Andes range in Ecuador for BBC Two. He will visit the University on Thursday, 5 June 2008 to give a seminar to University staff and partner organisations about inspirational leadership at Wolverhampton Science Park. 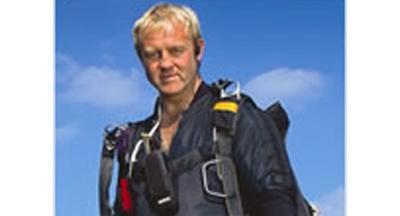 ‌
Paul Bishton, Head of Midlands Leadership Centre, said: “The documentaries have proved Ken’s extraordinary ability to inspire and motivate people. Ken is passionate about empowering people to transform their lives for the better and we look forward to welcoming him to the University of Wolverhampton.”
Following a successful 25-year military career, Ken Hames has created and presented a number of documentaries. The first series of Beyond Boundaries saw Ken lead an expedition of 12 disabled people across Nicaragua from the Atlantic to the Pacific Ocean in a record breaking 300m trek. The second series saw a new group cross Africa.
Ken was involved from the earliest stages in the design and development of ITV’s I’m a Celebrity, Get Me Out of Here. Other programmes have included Mission Africa for BBC One, Desert Darlings for Channel 4, Jungle Janes, Greatest SAS Missions and ITV’s Celebrity Fit Club.
His military experience is vast, ranging from guarding Nazi war criminal Rudolph Hesse in Spandau Prison to the liberation of Port Stanley in the Falklands.
The seminar is hosted in partnership with the Leadership Foundation for Higher Education (LFHE).