Steve Prowse, from the School of Education, has been nominated in the Outstanding Male Elite Athlete with Disability category of the annual international awards. 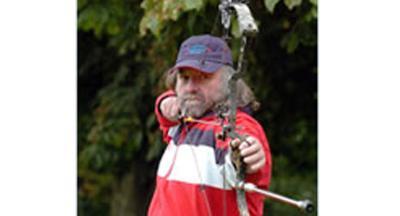 ‌
Steve Prowse has had a successful year after winning a gold medal at the 2007 International Paralympic Committee Archery World Championships. He won the title of World Champion in the Visually Impaired category in Korea in October and was also nominated for a BBC Midlands Sports Award.
He is also now the proud owner of five world records after his latest success was confirmed. The International Paralympic Committee (IPC) recently confirmed Steve as the world record holder for the 60cm, 80cm and 122cm targets, the head-to-head distance record and the overall combined score for the VIIR2 round.
Steve, a lecturer in Special Needs and Inclusion Studies at the Walsall Campus, said: “I am honoured to have been nominated for this international award. I have received such great support from friends, family and colleagues who have helped me along the way so I would like to thank them all for their help and support.”
The Commonwealth Sports Award honour the achievements of sportsmen and women from throughout the Commonwealth and encourage young people to aspire to greater heights. The winners will be announced at a dinner hosted by the Lord Provost of Glasgow in association with Clydesdale Bank on Thursday 12 June 2008 at Kelvingrove Art Gallery and Museum.
Steve, 49, from Dudley, also won the gold medal at the European Championships four years ago, and is hoping his event will be included in the 2012 London Paralympics.