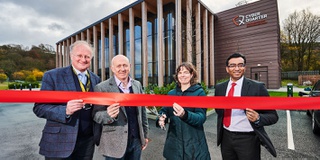 The Sikh perspective on the Festival of Light

The below blog post was written by Dr Opinderjit Kaur Takhar MBE, Associate Professor of Sikh Studies and Director of Centre for Sikh and Panjabi Studies

My congratulations to all on this joyous occasion of Bandi Chor Diwas, which falls on the same date as the celebration of Diwali for millions of Hindus and Jains across the world.

For Sikhs, the Festival of Light marks the release of their sixth Guru, Hargobind Ji’s, release from imprisonment under the rule of the Emperor Jahangir in 1619 CE.

According to Sikh tradition, Guru Hargobind Ji was imprisoned along with fifty-two Hindu princes for standing firm against Jahangir’s intolerant attitude towards other faiths during his rule in India under the Mughal Empire.

Sikhs believe that upon his release, Guru Hargobind Ji was granted permission to take as many of the captive Hindu princes with him who could hold on to his cloak, which had fifty-two tassels.

Therefore, Bandi Chor Diwas marks the release of both Guru Hargobind Ji, as well as the fifty-two Hindu princes.

The return of Guru Hargobind Ji was marked by lighting up Harmandir Sahib, which was constructed under the Guruship of his father, Guru Arjan Ji.

The symbolic use of light to mark the triumph of bravery and good moral actions is therefore carried forward to present day celebrations of Bandi Chor Diwas when Harmandir Sahib and Gurdwaras and the homes of Sikhs are brightened up with colourful lights and divas.

Light is also used to represent knowledge and enlightenment, which goes hand in hand with egalitarian principles enshrined throughout Sikhi and illustrated through the Guru’s protection of Sikhs and non-Sikhs alike.

Bandi Chor Diwas therefore marks the triumph of the freedom to openly practice one’s faith without fear of persecution.

It is also about standing up against tyranny and oppression for others, regardless of their faith or worldview, as demonstrated by Guru Hargobind Ji.

A popular conviction by which Sikhs conduct themselves on an everyday level is that one who stands aside and watches the oppression of others is just as guilty as the perpetrator.

The celebration of Bandi Chor Diwas is therefore a reminder of the importance of being a good human being first and foremost, which goes hand in hand with the emphasis upon service to others and to the community, the core principle behind the Sikh concept of sewa.

The public and communal celebrations of both Bandi Chor Diwas and Diwali will inevitably be different this year as the Covid-19 pandemic continues to control our social interactions.

Nevertheless, the spirit of the Festival of Light will be marked in the homes of Sikhs across the world as a reminder of the importance of good moral conduct in one’s daily life as personified through the actions of Guru Hargobind Ji as ‘miri piri da malik’, that is the commander of both temporal as well as spiritual authority.