What is distinctive about Black Country Humour? 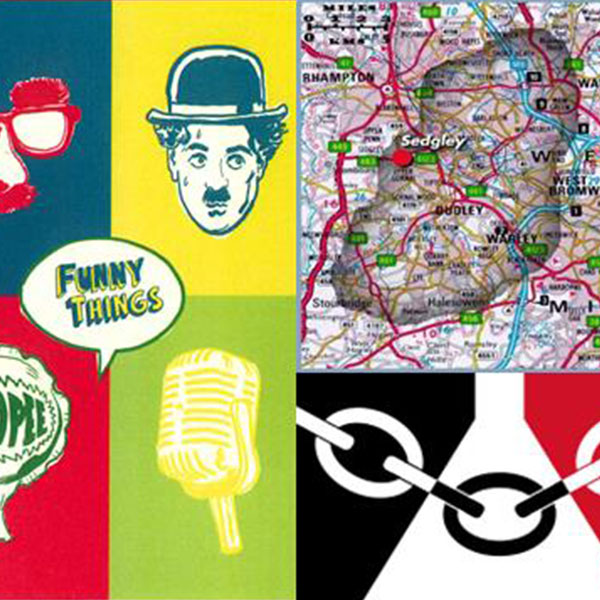 Josiane Boutonnet, Senior Lecturer in English in the School of Humanities, blogs about the student involvement in the forthcoming comedy festival celebrating Black Country humour.

This is what a group of students have been trying to find out. They have been working alongside other volunteers to support the Finding Our Funny Roots project by helping to identify research and record the heritage of humour in the Black Country from 1950 -2000. Volunteers formed a Heritage Tributes action group and are working with Creative Black Country, the artists Poets, Prattlers and Pandemonialists and archives & museums in the Black Country to research and develop four heritage humour tributes celebrating the lives of the Black Country's forgotten stars. They are capturing memories through oral history recordings and gathering evidence from archives to identify what is special about Black Country Humour. They will also be supporting Heritage Tributes performance events at the forthcoming Funny Things Festival, a festival celebrating Black Country Humour taking place from 26th October until 2nd November 2019.

The humour of the Black Country people is a window into its past, traditions and beliefs. Black Country humour is self-mocking, and self-promoting. Although the people of the Black Country make jokes about their own which depict human flaws and weaknesses, their humour celebrates their communities. Their jokes and sense of humour draw attention to the stereotypes and subvert them. Also, humour found in Black Country jokes and performed by comedians, acts as a unifying tool for its people; it enables speakers to forge bonds and identify with their locality, roots and history.

The Black Country dialect has often featured as a contender at the top of the list of the most un-aesthetically pleasing dialects.  The dialect connotes qualities which can be exploited for humorous purposes, the portrayal of dim-witted characters for example. From a linguistic point of view, the sounds of the Black Country dialect are not inherently more 'comical' than the sounds of any other variety of English. Negative evaluations of the dialect and accent have to do with social attitudes, not linguistic properties. They have to do with the perceived status of the people rather than the dialect itself and the fact that the population of the Black Country has overwhelmingly been associated with hard manual labour, poverty, pollution and a very unforgiving landscape (following the Industrial Revolution).

There are a number of groups around the world who have developed jokes at their own expense. The most documented groups with a reputation for self-consciously telling jokes about themselves are the Jews and the Scots (See Christie Davies, The Mirth of Nations).  Self-mocking groups can claim to own (or reclaim) the jokes told about them.

Christie's tentative explanation for the dominance of these jokes is related to 'the nature of modern societies (emphasis of success and failure in a world that becomes ever more technically sophisticated). According to him, canny and stupid jokes are the natural jokes of advanced capitalist societies or of societies in the process of becoming so and what is common to all the butts of stupidity jokes is that they 'live on the geographical, economic or linguistic edge of the society or culture where the jokes are told'.

Black Country Humour is not simply about the depiction of characters' inability to adapt to a modern technologically advanced world, or about being on the periphery of the main culture. Some of the jokes embody shrewd observations about human nature, drawing attention to economic, political and social issues, the conflicts which arise from the complex tensions in an industrialised capitalist society.

So what's distinctive about Black Country humour? I believe its distinctiveness has to do with the specific features of the dialect, the history of the place, its geography, environment, and cultural values, all of which deserve celebrating.

The Festival celebrating Black Country Humour will take place in a variety of venues, check the website or follow @FunnyThingsBC on Twitter for times and information.