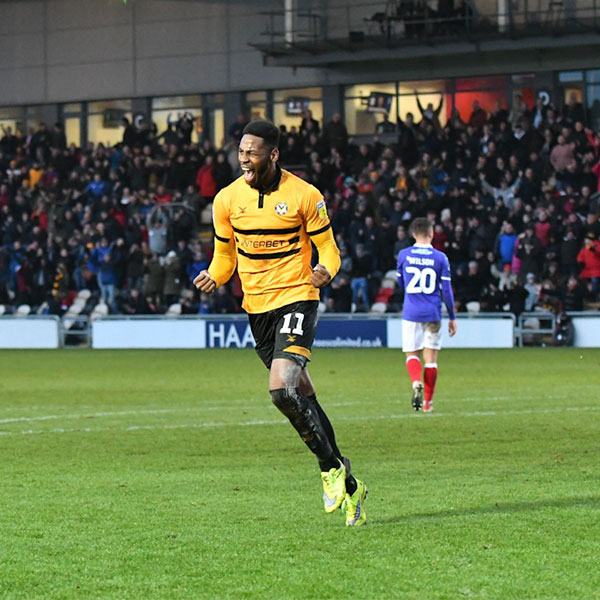 A University of Wolverhampton graduate is using his psychology degree to achieve his goal of FA Cup success with giant killers Newport County AFC.

He will be hoping to emulate the success of the previous round which saw the South Wales club defeat former Premier League champions Leicester City.

Jamille graduated from the University of Wolverhampton with a BSc (Hons) in Counselling Psychology in 2011, and is using the skills he learned while he was studying to prepare for the big games.

The 29-year-old says: “Professional football is a very pressured environment and you can become very stressed based on results, injuries and the performance levels of ourselves. So in the difficult times I find I use what I learned in Counselling Psychology to speak to my teammates and empathise with them if they are maybe not feeling very confident. Similarly when they are confident and playing very well, I try to help keep them feeling that way as it benefits the whole team.

“I have also found more personally that psychology and performance in sport are very closely linked. I find that your mindset when playing a game, especially at a professional level, can massively affect the outcome of a game. I tend to therefore try to approach every game in as close to the same mindset as possible to get as close to the highest performance levels I can achieve from myself.”

Speaking about the next game against Championship team Middlesbrough, Jamille says: “There are a couple things I will use to prepare for the next FA Cup game against Middlesbrough which I use for every game I play. I will make sure I’m in a positive mindset going into the game. This will include making sure that even though Middlesbrough are two leagues above Newport in the football pyramid, we have to go with the belief that there is a level playing field so that we can achieve a positive outcome.

“I also incorporate into my routine an analysis of my previous games and things I would consider as positive and also critiques of my own performance to hopefully do better in the next game and the future.”

Jamille, who began his career Sutton Coldfield Town before moving to Kidderminster Harriers in 2010, says his future aspirations are to use his Counselling Psychology degree in conjunction with his football career.

“Nowadays there are a lot more pressures compared to when I first started to play with the growth of social media and the extra scrutiny that that can bring after a game. I also feel other sportsmen would be a bit more open to speaking to someone who has been there an experienced what they may be feeling. If not in a sporting environment though, I would still like to use my degree as a future career path.”

For more information about studying Psychology at the University of Wolverhampton, visit: www.wlv.ac.uk/psychology or visit the next Open Day on Saturday 2 February 2019: www.wlv.ac.uk/opendays 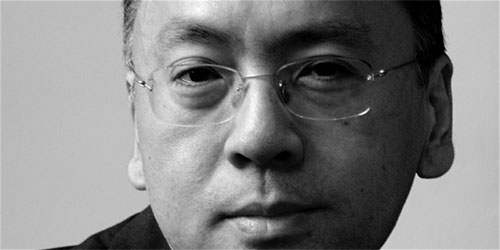 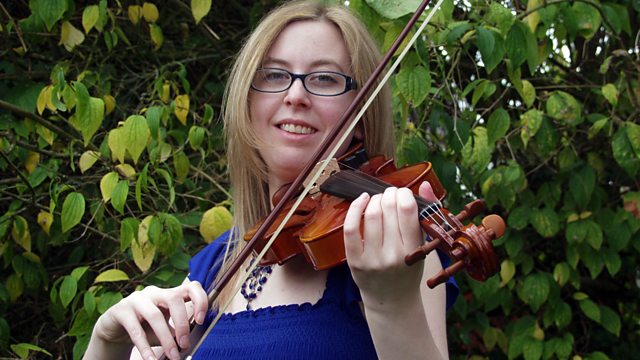 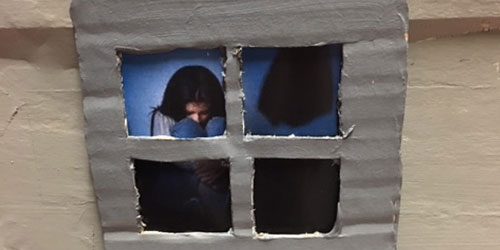