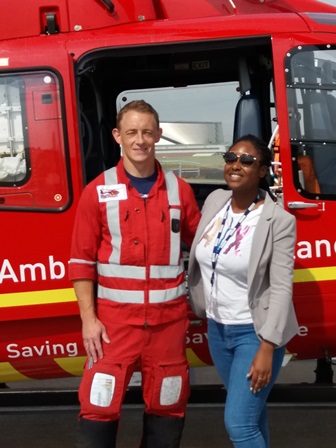 A University of Wolverhampton graduate has used her degree to produce success by bagging a role as Broadcast Journalist/Digital Video Producer at the BBC.

Simone Stewart, 26 from Goldthorn, Wolverhampton graduated with a degree in Broadcast Journalism in 2012.  The multi-module course covered writing, TV production, radio and photography and allowed her the freedom to explore and consider a variety of options.

During her time at University, she attended a work placement with BBC Radio WM and worked on the Joanne Malin Morning Show where she shadowed the producer and helped to put the show together.  She also did some voluntary work at 101.8 WCR FM Radio in Wolverhampton and at the Aston Villa Football Club radio station as well as working as Sports Editor on a local youth magazine, writing sports articles. 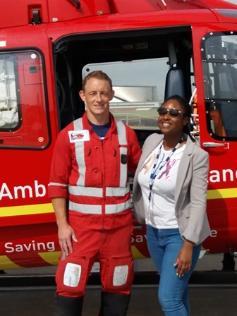 Simone said:  “It’s so important for students to start creating their CV when they are studying. Work experience is vital to complement your academic achievements.  I knew I wanted to work in sports journalism and I tailored my work-experience to create openings for myself.

“Without a doubt, the course I studied at University has opened so many doors for me and the course equipped me with some really good practical skills.  I’m a local girl from Wolverhampton and it was right on my doorstep.  I made some life-long friends and it was a really good experience.”

After graduation, Simone worked in a variety of different jobs while she continued to build contacts in the media industry. She secured a year’s placement at BBC Radio Humberside working as a trainee sports journalist before moving to the post of Researcher for BBC Sport Get Inspired in Manchester.  She has been working as a Broadcast Journalist/Digital Video Producer with BBC England since January 2017.

In her role, which is based at the Mailbox in Birmingham City Centre, she shoots and edits digital videos, finds and researches stories, looking for newsworthy items on Social Media channels and she creates digital content, pitching her stories to London and other regions.