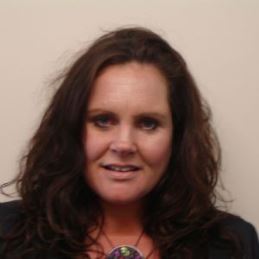 Head of Childhood and Family Studies

Since becoming Head of Department for Childhood and Family Studies, I have developed a ‘spiral curriculum’ throughout the courses as this ensures that the courses tell a ‘story.’ Academic and employability skills have been embedded into modules at each level of study with these skills becoming higher order at each level.  New modules have also been written to celebrate and acknowledge students placement and work based experiences again with greater expectations at each level.  I support modules leaders and tutors as well as supervising level 6 project students.

Head of Department for Childhood and Family Studies. To provide academic leadership in relation to people management, student recruitment and carry out staff appraisal, probationary meetings and overseeing staff the management of staff including workloads. To contribute to the teaching assessment of programmes and use management information for planning and managing resources for business and the student experience. To lead and develop initiatives and taking a lead in relevant and appropriate institutional meetings and to support the team to achieve their full potential. The role also involves working cross faculty with other Principle Lecturer’s to achieve targets for recruitment, progression, attainment and to enhance student satisfaction and ensuring the curricula meet professional bodies and statutory requirements.

We meet regularly to share and disseminate information about the degrees as well as being influential in higher education research, policy and practice relating to early childhood.as been influential in the development of Early Childhood Studies degrees.

‘Team Around the Child’ – Trentham Books

‘The Power of  Ideas in the Early Years’ - Open University

Chapter by Faye Stanley ‘Investigating the practical challenges of integrated, multi-agency work’ in ‘Team Around the Child’ (2007) edited by Siraj-Blacthford, I, Clarke, K and Needham, M    ISBN: 978-1858564180

Presented at School of Education Research Conference, University of Wolverhampton, May 2008

Presented at EECERA Conference in Dublin, 2016, ‘Using Video as a Tool to Explore Practitioner’s Values’

Presented at EECERA Conference in Italy, Bologna, 2017, Developing a Sense of Belonging; The Student Experience on an Early Childhood Studies Degree’

Part of Dscf research on ‘I can’

Took part in an exchange to Stockholm University on the ‘Early Childhood and Didactic Science Programme.’