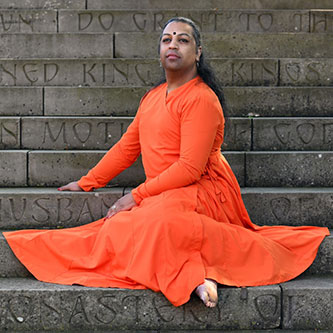 Jaivant Patel Dance (JPD) is an award-winning South Asian Arts Organisation rooted in Wolverhampton and The Black Country. JPD celebrated its fifteenth anniversary in 2021 and is led by Artistic Director/CEO Jaivant Patel; a Queer British Indian dance artist, choreographer, and curator. Jaivant's recent accolades include being named on Akadmi's 2019 Powerlist of '40 Under 40' South Asian Artists to look out for in the UK.

“Jaivant Patel is a fascinating performer, bringing an arresting and innovative approach to kathak, retaining its classical foundations and essential narrative form but drawing upon British contemporary dance as a fundamental influence” - Graham Watts

Jaivant Patel's artistic journey seeks to incorporate Kathak into his creative practice to compliment his contemporary dance background. Jaivant's approach to Kathak integrates a curiosity in understanding the classical form's unique nuances rooted in diaspora heritage and relationship to his own British-Indian identity. For Jaivant, there is an urgency to utilise (as a point of reference), the cultural nuanced vocabulary distinctive in the heritage of kathak; for reinvention of contemporary narratives that recontextualise the queer body in space.

“As a dance artist, LGBTQ+ and South Asian homosexual, Patel is refreshingly unique. The inconceivable relationship between religion and homosexuality in Patel’s YAATRA is a first for dance within our global culture. Instead of a cryptic condemnation of the past, Patel critiques tradition through reinvention” - Katie Hagan

JPD has just embarked on a period of research and development towards 'Waltzing The Blue Gods', a new Kathak production through a South Asian Queer lens.

JPD is also an associate artist at Midlands Arts Centre. Jaivant Patel is a member of the board of directors for Dance4 and a former Independent Artistic and Quality Assessor for Arts Council England. Jaivant is currently under the guidance of global exponent Nahid Siddiqui for Kathak. 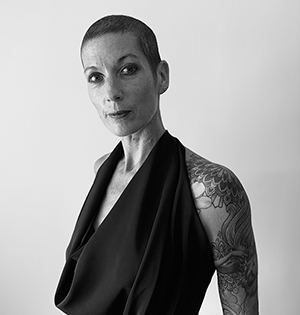 Katy Sterran is Artistic Director of Flexus Dance Collective. Born in the West Midlands, Sterran’s career in choreography spans almost two decades, developing a reputation for outstanding theatrical, cross-art form works. Through an artistic vision based around psychological, physical & emotional challenge, enriched collaborative journeys with her dancers and practitioners from across the arts sector, Sterran’s innovative work consistently takes risk and challenges what it means to engage and connect with Contemporary Dance in the 21st Century.

Sterran started her Dance Career as a freelance artist before becoming a Teacher of Dance in Education, possessing over 18 years of outstanding practice and contribution to the Performing Arts Education sector. Sterran founded Flexus Dance Collective in 2003, building its profile on her vision to provide high quality provision for creativity, training, performance and engagement, nurturing the talent of dancers throughout Education, early careers and professional training.

Sterran is passionate about her work with Young People and has built a national reputation for her ability to push the possibilities of Youth Dance and achieve Professional standards out of Young artists. Sterran aims to inspire and empower Young People and Young emerging artists, enabling them to be recognised for their creative potential and talent, providing access to skills and experiences fundamental for creative landscapes and industries.

The Arena Theatre have been in partnership with Flexus Dance Collective since 2005, during which time the venue has premiered and supported sixteen of Sterran’s works whilst also partnering with Flexus on the delivery of dance platforms, festivals and arts events. Sterran Touring Company and Sterran Dance Theatre are both companies in residence at Arena Theatre. 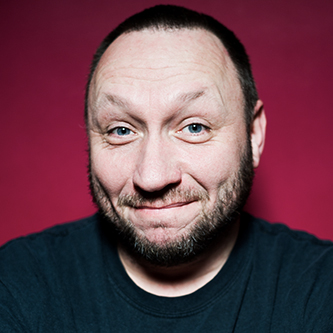 Black Country born and bred, Dave Pitt is an award-winning playwright, performance poet and storyteller. He has performed poetry around the country both solo and as part of the group “Poets, Prattlers and Pandemonialists”, whilst his plays have been performed as far afield as Seattle in the United States. Dave still lives, and works, in the local area.

Dave’s work with the Arena Theatre began in 2014, becoming an ever-present contributor and supporter of the venue’s Arena Collaborative Theatremakers nights before participating as a writer in the 14/48 Wolverhampton speed theatre festival the following year. In 2016, the Arena Theatre brought to life Dave’s script Bert as an original venue production in its main auditorium, followed by There is None Who Does Good one year later.

Alongside his support for Arena Collaborative Theatremakers, Dave is a co-MC for the venue’s Poets and Storytellers Asssemble (PASTA) evenings which provide a platform for local poets and storytellers to perform their work and receive feedback. He also developed the Stories From The Smoke Room event and is a co-MC for the Wolverhampton Literature Festival’s Poetry Slams, which take place at the Arena Theatre annually.

Associate Artists will be selected by the Artistic Director as recognition for a body of work at the Arena which forms key synergies with the community and our strategic aims. Associate Artist position will be reviewed on an annual basis. There is no financial relationship recompense for Associate Artists.

The Arena appoints Associate Artists based on an extensive track record of work at the venue, complemented by a desire to influence the output and creative ambition of the theatre. The roles are unpaid, but cement long-term relationships with companies and artists who have invested huge amounts of time and creative endeavour into the Arena Theatre.