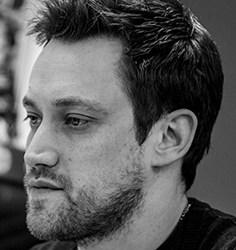 Kirsty Povey – Front of House and Access and Inclusion Manager

Kirsty has been working in the Arts Industry for over 15 years, starting as an Arts Educator and actor, before pursuing a career backstage as a Stage Manager and Set Designer.

A graduate of the University of Wolverhampton she started working casually at the Arena in 2010. In 2012 she became a full-time member of staff, as one of the Arena Theatre’s Box Office Assistant.

In December 2014 Kirsty started acting up  as the Access and Inclusion Officer, and started doing the role full time as of 2015.

In January 2020 Kirsty, will take on the role of Front of House and Access and Inclusion Manager. Kirsty firmly believes that everyone should be able to access the arts and experience the magic of theatre. Theatre is for everyone and can be made by everyone.

Sam Fleming – Front of House and Education and Outreach Manager

Sam has worked in the education and arts industry for almost seven years, graduating from the University of Wolverhampton in 2013 with an undergraduate degree in English, and again in 2015 with a Masters in English Literature.

Sam began her career in the University of Wolverhampton's Marketing & Communications department as a Graduate Intern. Working in Alumni and Development, she managed their social media channels and wrote articles for the magazine WLV Life: gaining a reputation for having a flair for writing engaging copy, and winning the University's Graduate Intern of the Year Award in 2014.

Sam started working at the Arena Theatre in 2014 as the Marketing Officer, liaising with 40+ theatre companies a year to create and deliver marketing and outreach strategy. During this time, she was responsible for the Arena Theatre brochure, social media channels and e-mail newsletter. She also created and project managed a number of marketing campaigns for Arena Theatre productions, including Kukunor/Kalahari and Dark Tales in Winter.

In 2020, Sam began the role of Front of House and Education and Outreach Manager at the theatre. She is passionate about getting the next generation excited about what the arts and theatre has to offer, particularly for those wishing to pursue a career in the industry. 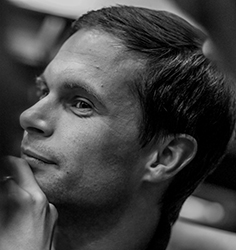 Steve Payne has worked at the Arena Theatre since 2007, initially joining as a Deputy Technician in the Technical Department. In 2009, Steve was promoted to the role of Technical Manager.

Steve's career outside of the Arena Theatre has as seen him working in most of the number one touring venues across the country and running a local hire and production company (MPS) all of which allows Steve to stay up to date with current industry practices and equipment.

Steve runs a tight ship, and maintains a high standard of organisation, he prides himself on the technical team’s ability to smash through get out times, of incoming companies and the high level of health and safety held at the Arena Theatre. Steve looks forward to leading the Technical Team at the Arena Theatre into the next stage of theatre entertainment.

Joanne is a senior technician who specialises in lighting, specifically in lighting design and programming. She has received several reviews highlighting her designs for the use of atmosphere to tell stories. She specifically likes to focus on contemporary dance but also enjoys lighting musicals and dark plays.

She has worked for the University since 2010, when she graduated from the University of Wolverhampton, and has worked her way through the ranks. Jo has had many opportunities to tour the UK with various shows, including the Greatest Show: Songs from Hollywood, where she was the assistant Lighting Designer and Re-lighter for the tour in 2018 - 2019. Joanne is thankful for these opportunities as she has been able to use her experiences from tours in other venues in the midlands across the 10 years to help her in her full-time position here at the Arena Theatre.

Joanne is an advocate for studio theatres as she believes it’s not about how big the venue is, it’s about how far you can push the boundaries of theatre whether that be through performance or through the ever-advancing technology used in them. Drew has worked in live entertainment and theatre for many years.

While studying on the Royal Birmingham Conservatoire’s BSc Music Technology (Hons) course, Drew started working at the world-famous Symphony Hall in Birmingham as a casual technician. Upon graduating in 2007 Drew started working at both Symphony Hall and Town Hall full-time as a Technical Assistant. During his time at THSH, Drew became one of the top in-house sound engineers, mixing sound for a number of world renowned performers and, in particular, stand-up comedians.

In 2009, Drew made the move from live music and entertainment to theatre and started working at the Arena as a technician. During his time at the Arena, Drew has helped oversee a number of changes, including the installation of the new sound system and mixing console in 2014, and the 7.1 surround sound installation for the Arena’s new cinema system in 2018. Drew has also provided sound design for a number of Arena Theatre produced shows including “There Is None Who Does Good”, “Kukunor/Kalahari”, “The Open Door”, and “The Signalman”. Outside of the Arena, Drew has provided sound design and operation services to a number of amateur musical theatre companies across the Midlands including Wolverhampton Musical Comedy Company, Bilston Operatic Company, South Staffs Musical Theatre Company, and West Bromwich Operatic Society.

In 2019, Drew was promoted to Senior Technician for Sound and is looking forward to maintaining an excellent sound provision to both touring theatre companies and patrons of the theatre.

Niamh has worked on the Arena Bar since 2017, before that she volunteered at the Arena for 2 years.

She is currently an Early Years Studies Student at the University of Wolverhampton and has an interest in becoming a teacher in the future. She hopes to pass on her love of theatre to her students.

She is trained in Makaton.

Chris has worked on the bar since 2017. He graduated from the University of Wolverhampton, with an MA in Music Technology in 2018.

Chris is a big fan of music and enjoys the Arena’s No Amps, No Chat, No Charge acoustic evenings.

Costa is an international student at the University of Wolverhampton, he currently studies European Law.

Costa has been working on the Arena Bar since 2018 and has been a great addition to the bar staff team.

Christos is an international student at the University of Wolverhampton, he currently studies Sports Science.

Christos joined the Arena Bar in 2018, and has been an brilliant addition to the bar staff team.