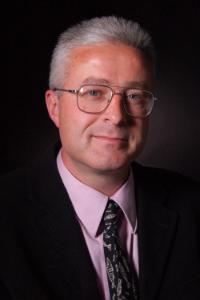 In this talk, I want to retrace the discussion of the films of Brad Bird that I commenced in the third edition of my book 'On Film', so that I can extend it to include his most recent work, 'Tomorrowland: a World Beyond' (2015). Whilst his earlier work - particularly 'Mission: Impossible - Ghost Protocol' (2011) - is preoccupied by the relationship between animated, photographic and digital modes of cinema, 'Tomorrowland' engages with the phenomenon of moral perfectionism, and in particular with a strand of that tradition of moral thinking that is central to American philosophy (in Emerson, Thoreau and Cavell), and so to American culture. I will argue that this film not only displays a sophisticated critical engagement with the continued relevance of perfectionist thought to contemporary American life, but also discloses and explores an internal relation between perfectionist aspirations and the medium of cinema. In this way, Bird's work allows me to confirm and reformulate my sense of the ways in which film and philosophy can converse with one another.

Stephen Mulhall is Professor of Philosophy and a Fellow of New College, Oxford. His research interests include Wittgenstein, Heidegger and Nietzsche; ethics and religion; and the relationship between philosophy and the arts, with particular reference to cinema. His most recent books include 'The Great Riddle: Wittgenstein and Nonsense, Theology and Philosophy' (OUP: 2015), and 'On Film: Third Edition' (Routledge: 2016).