Brownfield regeneration campus at the heart of addressing climate change

Action in Art and Ethics 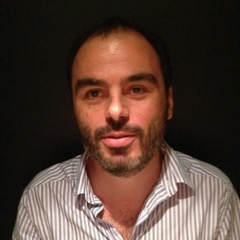 This talk is motivated by the thought that the things we say and do are to be distinguished from our acts of saying and doing them. I defend a particular way of conceiving this distinction before proceeding to argue for its importance to art and ethics. In particular, I hope to show that the correct evaluation of what one does or creates may part ways with that of one’s act of doing or creating it.  If the  implications of this corrective for ethics and aesthetics are as significant as I claim, then the philosophy of action should be accorded a far more prominent place within both fields than previously supposed.

Constantine Sandis is a Professor of Philosophy at the University of Hertfordshire and a Fellow of the Royal Society of Arts. He is the author and editor of numerous books in the philosophy of action, moral psychology and heritage ethics, including, Cultural Heritage Ethics: Between Theory and Practice (edited, 2014); Human Nature (co-edited, 2012); The Things We Do and Why We Do Them (2011); Hegel on Action (co-edited 2010); A Companion to the Philosophy of Action (co-edited 2010).‌