“Intellectual Peace”: Four Lessons from Newman’s The Idea of a University 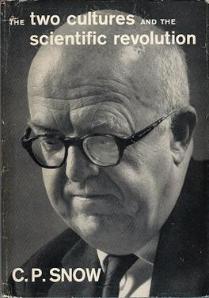 What does Newman have to say about this interaction? I’m drawing on section one of the chapter entitled “Knowledge Its Own End” (an idea that, in itself, has spooked all recent governments in terms of educational policy). Newman’s starting point is one of total (in contemporary terminology) interdisciplinarity: “all branches of knowledge are connected together, because the subject-matter of knowledge is intimately united in itself”. Newman sees no barriers between arts and sciences. This perceived divide would still be troubling commentators a century later: C. P. Snow in the “Two Cultures” debate of 1959, and then the novelist Anthony Burgess, teaching in US universities in the 1970s (as related in his autobiography, the title of which spoofed another famous Newman book), where he felt that the rigours of scientific research were not being met and matched by arts and humanities disciplines. And indeed, such debates continue today, in terms of arguments over (and educational policies around) the presumed different “utility” potentials of education versus training – and even whether such differences should be considered at all. Paul Gilroy opens his book The Black Atlantic by rethinking the seemingly non-utility of critical theory from a utility perspective, for his disinterested History of Sociology students (during early morning lectures at South Bank Polytechnic), so as “to show these students that the experiences of black people were part of the abstract modernity they found so puzzling.” In this way, utility potential reinvigorates a course otherwise filled with difficult abstract thought.

In the science disciplines, then, Newman sees an “internal sympathy” across all of them, which “must admit, or rather demand, comparison and adjustment.” Why? Because science disciplines have “multiple bearings on one another”, and that “they complete, correct, [and] balance each other.” This is Lesson One. If you research in one area of the sciences, you need the input (via conversation and company) of researchers from other areas of the sciences, and their guidance, to enhance and bolster your own ideas, as they develop and your thesis progresses. Readers of my blog know that “sympathy” is a key research strategy for me: to be able to present in your doctoral thesis an awareness of other directions and methodologies, and why these may, or may not, be relevant to your own research. As I often say, a quick engagement in this respect – even just in a footnote – pre-empts and so diffuses a very typical (and awkward) line of questioning from Viva Examiners: “Why did you design your experiments in this way, and not other ways?”; “I answer that on page 20. May I outline the arguments I’ve presented on that page concerning why I chose my research methods, and not different ones?” So the Doctoral College works hard to ensure that encounters with other related disciplines are available to you throughout each year, as you research: our twice-yearly Almanac collects all academic events that are running across the university into one place, allowing you access to guest lectures, seminars, symposiums, book launches, social trips (and more), that will afford you these crucial encounters with different but complimentary sets of ideas. Often, for me, that encounter can result in new language: a term or phrase that signals to other areas and different lines of thought, and that you can then work into your own writing.

Lesson Two is here, then. Newman asks us to “learn to respect, to consult, [and] to aid each other.” At undergraduate levels, this philosophy (which Newman terms a “liberal education”) is often built into course design: first years undergraduates encounter a range of subjects within, or even without, their chosen degree discipline. And that encounter determines their chosen areas of specialisation, as they move into their second year. At doctoral levels? There’s a danger that we already start with a high degree of specialism, perhaps at least three years beyond our first year (that is: year two, then three, then often a Masters year), and so may be turning a blind eye to that range of related subjects. Hence that old joke, that a doctoral student knows more and more about less and less.For Newman, it was important to strike an equal balance, across all disciplinary areas, in the university. One should not, therefore, favour ocean engineering over popular musicology. Without such a balance, the entirety of the education is, itself, distorted. Newman’s clarifies this idea – “let us make use of an illustration”: the final colour produced by mixing different colours results from the quantities of each of the colours that are mixed together. A particular shade of grey needs a particular quantity of white, mixed into black. “And, in like manner,” Newman continues, “the drift and meaning of a branch of knowledge varies with the company in which it is introduced to the student.” Too much of one, and not enough of another, for this student, can “contract his [or her] mind” – and Newman furnishes some rather arresting examples. The Classics, in England, worked in “refining the taste”, while the very same books, in France, enabled the “revolutionary” spread of forms of agnosticism. A second example concerns Richard Watson (1737-1816), the Bishop of Llandaff, who felt that mathematics carried with it the danger of prompting atheism – “while others”, Newman notes (I suspect he means himself) see in mathematics “the best parallel, and thereby defence” of Christianity. A complete and harmonious education, free of such distortions, arises from achieving such a balance, via mutually beneficial dialogues across disciplines and therefore, I’d add, groups of researchers. In this, Newman sees the prospect of “intellectual peace” – “to adjust together the claims and relations of […] respective subjects of investigation.” This is a task for the entire university.

From this idea of encountering other subjects, the third lesson that I wish to extract from Newman arises. All these interactions with complimentary disciplines begin to shift the researcher away from the supervisor/supervisee relationship, in terms of the generation of new knowledge. This shift can occur naturally across the course of doctoral research: the percentage of input from supervisors can be at a maximum on the first day, and at a minimum on the last day – at which point, ideally, the researcher has become self-directing, confident, deeply versed in their disciplinary expertise, and indeed made the research that they have generated very uniquely their own. Such interactions lend a distinction to your research: you are not, after all, just reproducing existing research paradigms – you are advancing your field, and for this you need the input of new ideas, which can be found in or sourced from complimentary fields. So in this shift away from maximum supervisory guidance you begin to take direction from a more abstract source. That is, for Newman, that the researcher is ultimately guided by, and so becomes a part of, “an intellectual tradition”. And once the researcher leaves the university, with “Dr” in front of their name, they carry with them this intellectual tradition, in all walks of work and life and interactions with others and the wider world. This is the “special fruit of an education furnished at a University”, and this is the “main purpose” of the university itself. Newman outlines the resultant qualities in this way: the student “apprehends the great outlines of knowledge, the principles on which it rests, the scale of its parts, its lights and shades, its great points and its little”, so that “a habit of mind is formed which lasts through life, of which the attributes are, freedom, equitableness, calmness, moderation, and wisdom.”

This sounds like an awful lot, but Newman always saw the best in people – and found such optimism a great virtue in others. In his autobiography, Apologia Pro Vita Sua, Newman recalled his own education, and remembered his “gentle and encouraging” instructor Dr Richard Whately (1787-1863), later the Archbishop of Dublin. Newman encountered Whately in 1822, when Newman was 21 and “still awkward and timid.” In the Apologia Newman quotes the old Victorian joke: “all his geese were swans”, meaning that, for Whately, every student was especially prized. And in this fond remembrance is lesson four – this time for doctoral supervisors, and doctoral examiners, everywhere.

Burgess, Anthony (1990) You’ve Had Your Time: Being the Second Part of the Confessions of Anthony Burgess. London: Heinemann.