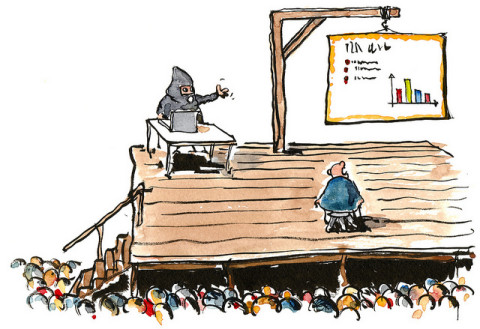 The Viva Voce is considered to be the big “moment of truth” for the PhD researcher – and a moment that will have been many years coming. It’s perhaps one of the most important days in the life of someone who has undertaken a PhD. This is the live encounter, for the verbal defence of the thesis, and will end with the ruling on the PhD – the formal outcome of all that work. No wonder postgraduates get nervous. For UK universities, the ruling will be along the lines of the below outcomes. (And I’m talking here about the UK university sector as a whole, rather than just the University of Wolverhampton).

“Outright pass” (which seems to occur about a 5-10% of the time, but UK universities don’t publish such statistics). This might include some very minor amendments: de-tangling grammar in a few places, correcting a couple of paragraphs or tables, the odd typo / spelling mistake... But this is a spectacular success: you exit the room as a Doctor.

“Minor corrections” (seems to occur about 35-40% of the time in UK universities). This is typically a matter of being given 3 months for corrections that cannot be sorted out in an afternoon. This may be around some presentational matters, plugging some gaps (missing key references), some data checking and reassurance, perhaps updating the thesis with recent developments, and it may be that a chapter or two needs to be redone. But the work that is required here isn’t anything truly substantial. That is: you’re not being asked to make structural adjustments or changes that then may have a knock-on effect across the entire thesis, or re-run experiments, or add substantial new case studies. This is still an outstanding result: you exit the room in the knowledge that, pending successful minor corrections being implemented, you’ll soon by a Doctor – perhaps in less than twenty-four weeks.

“Major corrections” / “Resubmission” / “Fail” (seems to occur about 55% of the time in UK universities). This is one year for corrections, and is necessitated by structural adjustments or changes that then will have a knock-on effect across the entire thesis. This is the category that I’m coming back to below, and that is the focus of this blog entry.

“Award of a lower degree” (occurrence: perhaps, at an estimate, 5% of the time). For this, the Examiners feel that the work cannot, and indeed will not, reach the requisite PhD level. But the work  is suitable for an MPhil (higher than a Masters, lower than a PhD), and they may offer that as an outcome – perhaps further to some limited additional work on the submitted thesis. Often the candidate is relieved since, if they were aware that the work submitted was seriously lacking, they’re being offered the chance of an exit with a research degree nonetheless. This is a difficult decision for the Examiners to make, since it is also a “fail” in terms of the PhD being sought, but it is a decision that is informed by pragmatic and ethical concerns. Would it be fair to be generous, and allow the candidate to resubmit, if there is a considered and informed sense that the work could not reach PhD level? In that case, a year of work (and the cost of that for the candidate) would be offered for no good reason.

“Outright failure”. For this, you need to fail to submit your thesis, or submit a thesis that raises serious problems of originality, or that is considered to be so poor that it is below MPhil level. It would not be possible to find the potential, in the work submitted, for improvement to MPhil level.

One of the problems around “resubmission” is that it is, essentially, a first-attempt failure. If it wasn’t, then you wouldn’t be asked to resubmit. But the task of the Examiners is to achieve an understanding of, and sympathy for, what then needs to done to push the thesis to PhD level. So the Examiners at the Viva Voce are often encouraging, and their feedback (verbal and written) typically includes a variant of “this has the potential to be a good PhD”… which is why the candidate can then leave the Viva Voce room somewhat confused. Changes have been requested, compliments have been made, very encouraging sounds have been heard… and yet somehow the work has “failed”.  I think of this in MOT terms: your car either passes or it doesn’t. The car can’t pass, and yet then have to come back for a further MOT!

But let’s take a positive view of this outcome. And let’s do that as often the candidate will be frustrated about this resubmission result, and perhaps proportion blame (to themselves, perhaps to the Examiners) – and to those candidates I tend to suggest that they give themselves some time away from research, and come back to it in a month or two when they’re more of a mind of do what needs to be done. Once the emotions of the day have subsided, it may be worth considering that the resubmission outcome has a number of advantages:

One: You have a year, and you’re not rushing through substantial changes in a limited period of time. Pressure is off. And yet –

Two: You don’t need to take that whole year. The calculation, for the Examiners, is typically merely that the corrections suggested need more than three months.

Three: You should have very thorough feedback – a list of what needs to be done, and where and why, and even direct recommendations (look at book X, chapters 2-3, integrate references to Y in your discussion of Z, etc). This is the map to completion and success. Break this written feedback down into a table: requested change / suggested action. Develop this with, and/or have it signed off by, your supervision team. And keep a tally of what you’re doing and where. That way, you can check off each element of the changes, and even provide an index of changes made when you resubmit. If you have met each request, the Examiners cannot but consider the PhD thesis as (pretty much) achieved. They cannot come back with a new raft of recommendations.

Four: What’s more, this work around the feedback can be translated into a new timeline: you can devise, with your supervisors, a timeline going forward – how long will each correction take, and what then is the agree completion and resubmission date? In this, you can deliver dates to your supervision team to ensure progress is swift: if you’re able to submit redrafted chapter 4 to them on Monday, can you expect to have your feedback on it by the following Monday?

Five: You may hate to admit it, but it may well be that the corrections result in better work. And for those who are then going to publish elements of their research, that research will have been improved by the input of your Examiners. And this corrections-making process also offers the chance for a rare skill to develop: to edit your own work without fear or favour, and to rethink foundational ideas in the light of different positions, is an ability that many esteemed academics many decades into their careers do not have. You’ll have tougher skin on the other side of this, and standard nit-picking editorial comments (further to submitted articles, bids, conference papers and the like) won’t bother you much.

Six: The work remains your own. If you disagree with the corrections requested, you can remove whatever changes are made afterwards – that is, after award, but before you submit the research for publication. Therefore, you can consider that you’re making some additions merely for the benefit for the Examiners; these changes need not be permanently stuck in the middle of your thesis. (For myself, I was asked for a new section on “personal reasons” for my research. Why? I’ve no idea. I prefer a writing style that looks to a clear objective position, but perhaps my Examiners were too easily swayed by modish subjectivity. So I wrote it – which came in at under one page – and then removed that section before I submitted my research for publication).

Seven: Most universities will allow some back-and-forth around corrections, with your supervisor interacting with the Internal Examiner on your behalf. So in the case of any ambiguities around suggested changes, it may be possible to seek and gain clarification, or request further advice.

Eight: You’re still moving towards successful completion. This is why I typically advise a candidate to submit for the first time as soon as they reasonably can – it is better to enter into this process of moving to final completion than spend a write-up year before the first submission worrying about the occasional footnote and adding relatively minor points to the text, only to then find you’re given another year for major corrections.

Since there’s obviously an enormous personal investment in your PhD, and with your PhD you are, in a sense, making an application to be admitted into the top global tier of your academic area, the resubmission outcome can be a bit of a blow. But don’t let this outcome throw you. In the eight respects I’ve outlined above, the first-time failure of a “resubmission” outcome can offer a very clearly focussed way ahead, and with the end firmly in sight.