I think Wolverhampton may be the first university – at least to the best of my knowledge – to deliver technical training sessions specifically on the use of photography as part of postgraduate research, as relevant to all disciplines. This initiative is tied to our ongoing work around exploring and establishing the importance of blogs and social media for researchers, but there are wider and pressing questions concerning the centrality of images for those who are current postgraduates. My training session last week concerned some basics of photography and editing, and then wider methodological/philosophical considerations of images and research. I wanted to quickly jot down some thoughts on each, for my blog.

Most people will have access to PhotoShop. I tend to ditch this in favour of Picasa, which is free to download and a lot less fussy to use. You can rapidly crop and frame images, change colours (boosting light is especially important), and label and assemble the edited images into discrete files. But typically this would be done with images from a digital camera, which can be downloaded onto Picasa, as installed on a laptop or PC. But even the hardware (camera/PC) and software dichotomy seems a bit dated now: anyone with an iPhone will have a good camera already, and free Instagram apps offer even easier ways of editing. This can all be done on your iPhone, and the image then placed wherever you want it to be (blog, social media, your cloud storage, emailed to yourself to be saved later, etc). These basics, then, really are straightforward. 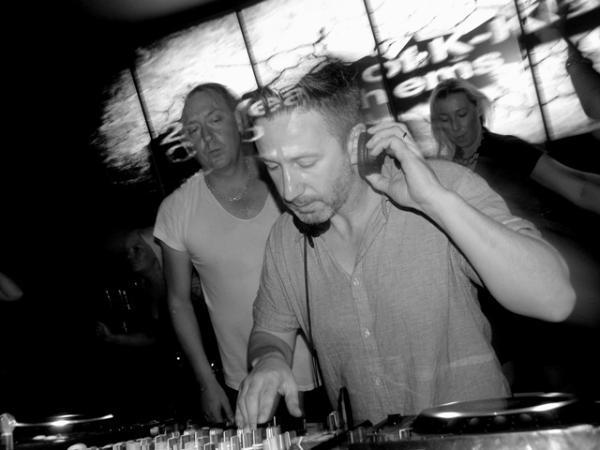 I took this image in the DJ booth with K-Klass, mid-set, and later used it for a chapter I wrote on DJing for The Oxford University Press Handbook of Music and Virtuality.

But what of photography and methodology? A former PhD student of mine was involved in interviewing newspaper editors and journalists in Nigeria, for a study of editorial policy and civil and state violence. I advised that – if permission is sought and gained from the subjects – an image of each interviewee is taken. Why? It’s not just a matter of illustrating the interview on the page (which, in itself, may be useful if that interview is then repurposed later). And it’s not just filing an image as an aide-memoire. The image is something that can be used when presenting and talking about that research. Which researcher does not use PowerPoint, or equivalents, for conference papers, and PhD assessments? You’re discussing what you were told by the interviewee… let’s see this person too, next to relevant pull-quotes, to enliven the presentation, and to add some definition to the subject. How many PowerPoints have you endured that are just pages of imageless text?

And the image can also be a matter for further analysis, at a later point. Long after the circumstances of the discussion have been forgotten, this image could reveal where and when the discussion was held (home or office, or somewhere else; outside or inside working hours), and perhaps something of the formality or informality of it. In considering subtle elements of bias, or notion of subjects speaking on or off the record, such an image can contextualise the entire interview transcript. For my former PhD student, I suggested that this latter aspect may prove to be essential, and so grabbing a quick image is a way to further capitalise on the field work, to the benefit of a variety of ends. In short: maximise the data that you’re bringing home – as you may not yet know how useful it will prove to be. And it is apparent to everyone involved in harvesting and analysing big data – from the National Security Agency to WikiLeaks – that we may not yet understand how that data will be understood in years to come, by ourselves or by others. We ask questions, and extract the information we need from the answers, but what additional essential elements remain in those answers – things that we may then find we also need to enhance our analysis? Future algorhythms, allied to keywords or connections across multiple interview transcripts, or synchronicities of subjects and timelines, may reveal further information, connected to completely different matters.

Images also allow for a documenting (or indexing) of ongoing research. Shots of the lab before the big experiment, or of the boxes in an archive before the contents are examined, or of the road on the way to the site of the archaeological dig, or of the equipment you’re using to record interviews, or of the queue outside a theatre for a performance by a playwright you’re studying, or screenshots of a Skype discussion, or a lecture you’ve attended by a notable academic in your field, can all be used to communicate something of the mysterious processes of what it means to engage in PhD research. And let’s be pragmatic too: these images are then yours. No copyright permission – formal request letters, contracts, payments – will be needed to utilise them for later writing or publications. 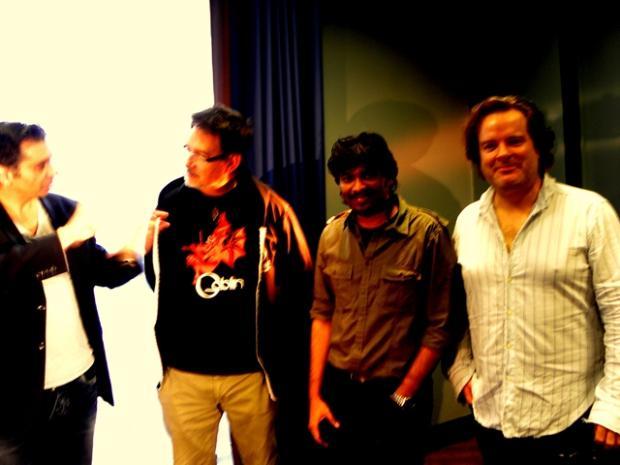 Filming an interview with Claudio Simonetti (of Goblin) and Xavier Mendik, on Italian genre film soundtracks in the 1970s.

And, crucially, shots of yourself are infinitely useful. You’ve conducted research in different environments all around the world? Let’s see that, as part of an online CV. You’ve accessed obscure archives, or unearthed forgotten artefacts? Let’s see you with them, for a conference PowerPoint on those discoveries. You’re exhausted and emotional after a marathon of experiments to secure the final tranche of data? Let’s see that, as part of an Annual Performance Review presentation. You attended a conference and delivered a paper? Let’s see you in action, for a blog entry on that conference.

The norms of PhD research are rapidly changing. Not many years ago, all of the above would have been unheard of: iPhones, PowerPoints, blogs, apps, Picasa, digital cameras, Skype, cloud storage. And these tools have been ushered into PhD research by the PhD researchers themselves. There’s no regulation in Wolverhampton that you’re obliged to use PowerPoint, but few PhD students will go into a Viva Voce without a brief introductory presentation, even if only to break the ice. Those delivering a paper at a conference seem somehow underprepared if that paper isn’t accompanied by a PowerPoint. And this isn’t just about throwing text up on a screen, in addition to having it printed on the page: it is also about incorporating into that text images that speak of how the text came into being – verifying the work that went into it, the travel necessitated by it, the places visited for it, the events organised from it, the laboratories utilised for it, and yourself or your team or your collaborators at the centre.

My starting point is that we now need to use these tools to reimagine and, where useful and appropriate, to expand and enhance our evolving research methodologies, both for PhD writing and beyond. 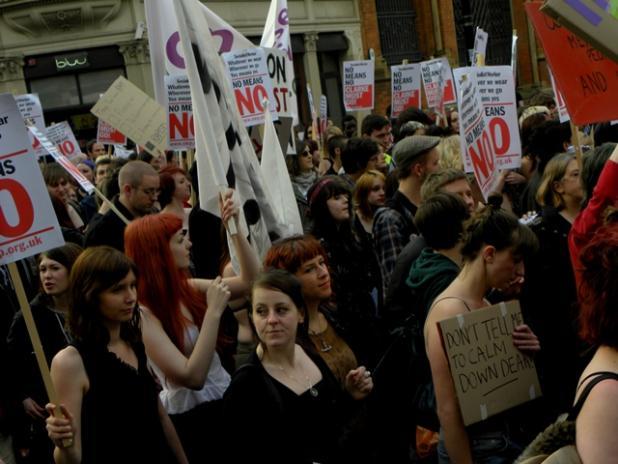 An image I took of a Slutwalk protest in Manchester, which I later used for a chapter in a book on the legacy of the Suffragettes and contemporary feminist activism, and conferences on the same.