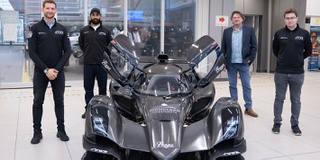 This first extract contains a description of sport in the camp and was written in the original German by prisoner Dr Friedrich Eppensteiner. Eppensteiner went on to have a career as a teacher after the war and published a book entitled Der Sport in 1964. 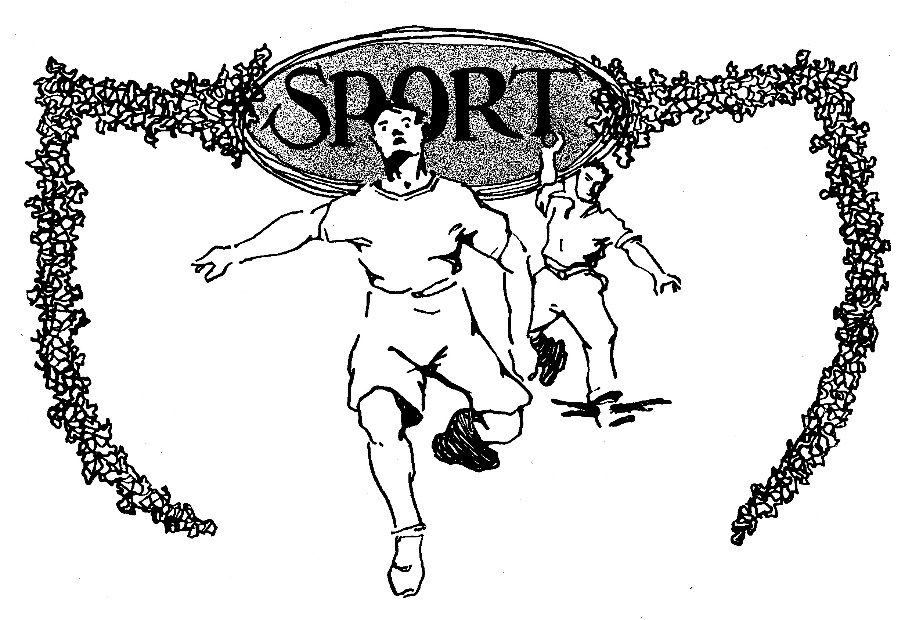 “The sports ground: a grassy field, approximately a hectare in size, just about large enough for a football pitch. It does, however, slope down steeply towards the southern corner. But what does that matter? A true footballer will overcome such obstacles if necessary. So, with the goal posts erected and some balls purchased, the sports ground is ready for use! There is the main field, which is the football pitch. And further north, separated from the football pitch by a hedge consisting of young trees and an old ash, there is a second field the same length as the main field but only half the width – but without a steep slope. Entrance to the smaller field is via a wide gap in the hedge at the lower end or a narrow gap at the upper end. This field is very useful for games requiring a smaller pitch and for practising athletics. Placed at the disposal of the 500 German officers and 100 men condemned by fate to be prisoners of war, how could such a sports field fail to provide them with joyful and energetic activity!

And yet, during the summer of 1918, it was not to happen due to external circumstances. Soon after the sports ground was opened, the English reprisals came into force, which included the closure of the sports ground. When it became accessible again in the late summer, the continually poor weather meant that very little sport could take place.

In 1919 things were entirely different. The summer was exceptionally dry with week after week of good weather. We were allowed increasingly longer access to the sports ground; eventually it could be used from early in the morning until late in the evening. This was the time when our sporting activity reached its peak and when the most colourful images and the most lively activity could be seen on the sports ground.

The colourfulness of the scene, in the literal sense of the word, arose firstly from the multi-coloured sporting attire. In comparison with its otherwise renowned wide range of stock, Mr James’ cheap and cheerful shop stocked a relatively small range of sports garments, meaning that his suppliers had a good distribution outlet for their left-over items. Alongside plain black or plain white shorts and white sports shirts there were red and white sweat shirts, sports jackets with red, black, brown and purple stripes, rowing suits and bathrobes, calf-length rubber boots, bast shoes and black plimsolls. The most consistent thing about all the items was the price. In the interests of increased variation the young sportsmen also added their own accessories. When the individual compartments of the barracks had fallen victim to the influenza, the material that became available found no better use than for making gym shorts: the boxes1 became boxer shorts. The ‘Tünnerhoff’2 brand, which celebrated its greatest triumphs in the blue and green shorts of Barrack 18, received well-deserved acclaim and was soon copied by others. Two comrades from Barrack 27 even appeared on the sporting arena wearing shorts with a pink flowery pattern.

Just as the sportsmen of the camp were unable to choose their clothing on the grounds of practicality and tasteful simplicity, the sporting activities themselves were designed to fit in with the particular conditions and requirements of the camp.

The variety of activities on offer was large enough to cater for the most diverse of wishes and yet very quickly, out of necessity and for everybody’s benefit, was restricted to a small but wide-ranging selection of games and exercises. With the exceptions of Barlauf,3 which was only played a few times, and tennis which was taken up very late, only four games were played regularly in the camp: football, Schlagball,4 fistball and basketball. Athletics events consisted of running, jumping and throwing (discus, throwing a Schleuderball,5 shot put) in addition to regular gymnastic exercises (without apparatus). But this small number of exercises and games provided sporting activity that was healthy, enjoyable and kept us physically fit, as well as providing amusement for those few comrades who were only spectators. Let us visualise some moments from those summer days, evoking for one or the other of us the memory of a dear figure or an amusing event.

About one in ten comrades in the camp participated in football. The game requires skills that cannot be learnt at an advanced age or in a matter of a few weeks. We only had 3-4 teams of 11 players, who all knew each other very well personally, and were part of the same community. This number was too small to provide an incentive for real competition, and in this respect the camp football matches could be compared to those of a local football club whose spark is only fully ignited by the prospect of competition against teams from further afield. In the games between officers and men, one could definitely detect more of a will to win, but it was enacted with an acrimony arising from the depths of the non-sporting soul.

Nevertheless, the advantages of the beautiful game were apparent to everyone. It instils endurance and courage, lightning-quick assessment of the situation, rapid response, participation in methodical, shared work, and camaraderie. The physical advantages of the game are also great, as only the arms remain inactive, necessitating complementary athletic exercises or games involving hitting and throwing such as tennis or Schlagball.

Schlagball was also embraced by a dedicated group during the winter. Like football it requires particular skills: throwing, catching and hitting the ball. These skills cannot be acquired overnight. It is expedient to prepare by means of childish ball games. Once a certain level of competence with the ball has been reached, however, the game acquires a wonderful finesse. Physically, the versatility of the game is almost perfect: there are short sprints, the elasticity of evasion and pursuit, high leaps for the ball, sideways jumps, diving to protect the wicket, long-distance throwing, throws aimed at an opponent, wide swings of the bat and bold catches performed with a sure steely eye and a firm hand. The physical aspect of the game is accompanied by pleasant psychological processes, similar to those experienced in football. But Schlagball is more enjoyable – it is the most pleasurable of all the finely developed competitive games. Contact with the opponent is never direct; it is only through shots with the harmless leather ball that one attempts to get the better of him. There is a great deal of pleasure to be had in the game. Lying comfortably by the hedge and watching, I always sensed a similarity between the game of Schlagball and the play of young dogs, in that there seems to be an element of humour. They scrap with and bite each other but all in a good-natured way. Now the game is on, they hang their ears and crouch attentively, waiting for the other to move: this is when the shot is played and none of the runners dare to move from the crease. Now! Suddenly the group of runners is dashing towards the home base. What have our dogs been doing? One of them has jumped up, followed by the second one and then the others, back and forth, up and down, their antics accompanied by loud and excited yapping. The shouts of the Schlagball players are also loud and excited and then there is the roar of ‘got him’ when he is thrown out. What now? The ball flies out of bounds and they have to chase after it, the game is stopped, some of the players sit on the grass, the crease keeper leans lethargically against his post. One of the dogs has discovered a bone, the others sniff around him, an older dog lies down, panting with its tongue hanging out; but the bone isn’t really what they want, it’s not worth interrupting the enjoyable game for, and with high-pitched yelps the chase starts again.

In football we found none of this joyfulness, and there were no playful dogs – here we saw the fighting bull, heavy and powerful on its feet, but often unexpectedly lithe, continually attempting to take its opponent by the horns and with magnificent steadfastness to break through towards the target. The entire attacking team could also be likened to the image of the fighting bull. The goal keeper is the Espada, who has to fell his approaching opponent with a decisive push lest he be overrun and trampled underfoot, unless he manages at the last moment to grab the bull by the horns and thus avert the worst outcome. Encounters with the opponent are much more direct than in Schlagball and don’t have the same humorous, often ironic guile; the clashing opponents are certainly wily, but we don’t sense any humour; they are raging, and opponents are brutally pushed aside; they always have a red rag before their eyes.

1. The prisoners built ‘boxes’ or cubicles around their beds to create some private space. Sometimes these consisted of just a curtain.

2. Wilhelm Tünnerhoff was one of the prisoners.

3. A game played between two teams of five players each that was popular during the first half of the twentieth century.

4. A game played between two teams of twelve players each, similar to rounders or baseball.

5. A leather ball with an attached strap. 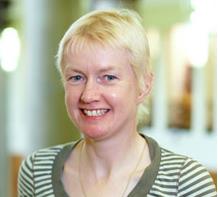 Anne Buckley is a Lecturer in German and Translation Studies at the University of Leeds. Her research focuses on the POW camp in Skipton, North Yorkshire, where more than 900 Germans were imprisoned during WWI. She has led a team of translators to produce an English version of the 330-page book, Kriegsgefangen in Skipton, which was written by a group of the German prisoners during their incarceration (German Prisoners of the Great War: Captivity in a Yorkshire Camp (Pen & Sword, forthcoming, 2021). She also worked with the Heritage Lottery Fund funded Craven and the First World War project to tell the little-known story of the camp to the local community.

In relation to the project, Anne has presented the following academic conference papers: The Legacy of First World War Captivity: A case study of German POWs from a Yorkshire camp, at The International Society for First World War Studies Conference, University of Leeds, 2019; Paper kites and a red balloon: Coping strategies of German POWs awaiting release. 1918-2018: An International Conference, University of Wolverhampton, 2018; and Sherlock Holmes, Saint-Saëns and Schlagball: An analysis of the motivations for the camp activities of officer POWs in WWI using Raikeswood Camp, Skipton as a case study, at the New Research in Military History Conference, University of Cambridge, 2017. The twitter handle for the project is: @skiptonpow