United in the Wars 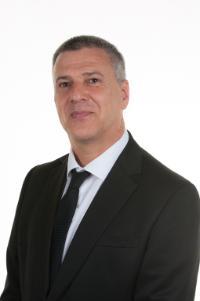 Headington withdrew from the Oxfordshire Junior League in 1900/01 after ten players were called up to fight in the Boer War in South Africa. Included among this number was the first Headington player to die on active service while on the club’s books, WJ Smith, who was a member of the 1898 Oxfordshire Junior Cup winning side. Smith was described in the now defunct Oxford Chronicle as ‘possibly the finest back ever seen in junior football’.

Headington FC changed its name to Headington United in 1911 but the club found it impossible to continue when World War I started in 1914, with football suspended throughout the county. Many men were called up for active service, including goalkeeper and newly elected captain O. Ward. The club were on the verge of entering the county’s senior competitions for the first time, having reached the final of the Oxfordshire Junior league, losing 3-0 to YMCA on 18th April 1914, the club’s last competitive game for over five years.

By the time of the 1911 census, Headington’s population was only 5,351, yet at least 120 of its men (and one woman) died in the First World War. Another 37 men from the neighbouring villages of Old and New Marston also died. As far as can be ascertained, no Headington United players met their end during this conflict.

Major William Lauriston Melville Lee was elected as United’s President in September 1919. During the war he was an agent for PMS 2, a secret branch of MI5 set up in 1916 to spy on socialist activities during the war. The group uncovered an infamous plot to kill Prime Minister Lloyd George, allegedly, by driving a poisoned steel nail into his boot. In 1917, Major Lee stepped down after this controversial case and retired to Stoke House in Headington. Major Lee was still the club’s President when United moved to the Manor Ground in 1925.

The outbreak of World War II again disrupted local football, although United were able to continue in a significantly altered version of the Oxfordshire Senior League, which involved a number of forces sides such as Heyford RAF, Brize Norton, Benson RAF and Infantry Training Centre, among others. Due to restrictions on travel and reporting, as well as a reduction in the amount of paper available for newspapers, many games didn’t take place, and man‌y of those that did never made the local papers. As in the Great War, there are no records of any Headington United players being killed during the Second World War.

United’s first game after the war was in the resumed FA Cup, from which they were eliminated in the preliminary round 8-1 at Banbury Spencer. In the Senior League, Headington beat Didcot 17-1, although the visitors contained a number of former prisoners of war who were perhaps not yet ready for the rigours of competitive football. Didcot resigned from the league shortly afterwards, so unfortunately the result, which would still be the side’s record victory, was expunged and doesn’t appear in official records.

Martin Brodestsky has been the programme editor for Oxford United for almost seven years and the official club historian for about 10 years. He attended his first U’s game aged 10 - a goalless draw against Millwall! His second game a few weeks later -  a goalless draw with Carlisle! The paucity of goals failed to put Martin off and he has been a devoted follower of United for getting on 50 years.
Martin has had four books published about the Mighty Yellows as well as numerous articles in publications as diverse as When Saturday Comes and The Guardian. Despite having not missed a competitive home game for the best part of 16 years, Martin remains wedded to the myth that Oxford United are “…by far the greatest team the world the world has ever seen!”.