Footballers and the Great War: A Cigarette Card Series: The Start of Something… 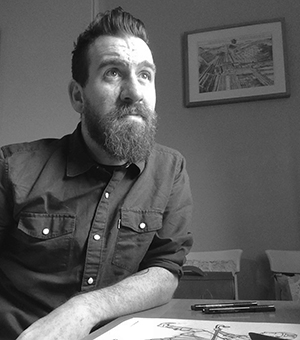 For me the football cigarette card has always been an item of fascination. I associate them with my granddads, with something bygone, with the world of their childhood. Since I was a child, then as an avid collector or Panini and Merlin stickers, and pro-set cards of my own footballing heroes, the often, blank stares of the face in black and white photographs, or the oddly generic and unreal colours of the illustrated cards left me spellbound. The names of the players were alien to me, but often the teams were familiar – even if the idea of anyone actually supporting a team like Plymouth Argyle, Wolverhampton Wanderers or Hamilton Academical was anathema to a young boy only interested in their respective standings in the league at the time. Even then the names held a magic though, there was a sense of history and otherworldliness contained in them, like a secret code. I remember with glee discovering where the Wednesday in Sheffield Wednesday came from.

As I have grown older and my historic sensibilities have grown with me, these tiny cards, windows into another time, another world, have taken on a different meaning; they now connect me with the people who held them when they were new, no dog-eared corners, tea stains or folds, but pristine, sharp and smelling of rough cut tobacco.  I imagine the happiness of a small boy in 1916 being given the card of one of his heroes by an elderly relative or a father or brother home one leave or about to depart for the front.

One particular card has made me dwell on this thought more than any other, the W.O. Wills card of the Clapton Orient star midfielder, Richard McFadden. The sentence that stands out on the card is the final one that states of McFadden that he,

Has saved several lives and received medals for bravery

There, in this piece of football ephemera, the war was bought home to the young football fan holding it. Not even the ethereal world of the cigarette card could escape the impact of the Western Front. McFadden was one of three Orient players killed in the war, fighting with the Footballers Battalion of the Middlesex Regiment. A Great Great Uncle of mine, Percy Furlong, also fought and was killed with the battalion, though I suspect, much like later generations of his family, that he was probably a Millwall fan.

As a keen follower of Hearts, my mum coming from just outside Edinburgh and the fading weeks of many a summer holiday having been spent watching many and various Scottish sides, I am familiar with the power of the connection between football and the Great War. The legend of McCrae’s Battalion still makes up a large part of the club’s DNA. It was the story of these two teams, their players and their part in the Great War that first piqued my interest in combining my Great War illustrations and the sport that has been the back drop to much of my life.

The real beauty of the social media age in which we live is the network of like-minded individuals you get the chance to meet, speak with and be inspired by that otherwise you might have never had the fortune to do so. It was through just such a series of connections that the idea of illustrating the men from the early cigarette cards came about.

Two American artists, Matthew Shipley and Paine Proffitt, the latter of whom works and is based in Stoke, had the idea of Football February. This would be a twitter based project run on the hashtag #FootballFebruary that would showcase a new and different football piece every day of the month. Throughout the month I illustrated a range of different football topics, but by far and away most poplar were my three illustrations of the Clapton Orient trio who were killed in the Great War. During this project I’d also created a series of cigarette card designs, but with modern day footballing heroes. Inspired by the 1913 Lees series of cigarette cards of Northampton Town, including Walter Tull, I designed a set of cards to mark the last Arsenal team to play at Highbury, which had also opened in 1913.

There were a number of factors that led to me beginning the Footballers of the Great War series, but one of the main reasons was the desire to tell a whole range of stories related to football and the war. The medium of cigarette card design provides such a wonderful platform to tell these stories and the designer in me could not wait to begin the process. A particularly important part of the series for me is the idea of it being a piece of public history. I didn’t want the series to become populated with the star players, or just those who had been killed, but instead for it to capture a whole range of footballing stories. Again, social media, particularly twitter, has been wonderful in engaging people and getting stories of local footballers, lesser known teams and even lesser known or newly discovered players of well known teams.

There are 12 players in the series so far, but with several more due to be added in the coming week. At the moment I’m not going to limit the number of designs because it feels like there are so many more stories of football and the Great War out there to be told that.

On 6 November I will be giving a talk to the Football and War Network about the series and other elements of inspiration and some of the stories that I have worked on so far.

The seminar will be a free event with refreshments provided. It will take place in Room MC001, MC Building, City Campus, Wulfruna Street, Wolverhampton, WV1 1LY.

If you would like to attend please RSVP to Sue Holden @ sue.holden@wlv.ac.uk

You can find the series so far here: http://timgoddenillustrations.bigcartel.com/

Tim Godden is an illustrator of the Great War, Football, Baseball and whatever else takes his fancy. He has exhibited in the USA, Belgium and the UK and has worked with a number of clients such as the Commonwealth War Graves Commission, Chiltern Railways, Helion Books and DeCoubertin Books. Tim is also completing a PhD on the Commonwealth War Graves Commission cemeteries on the old Western Front.