A Game for Christmas 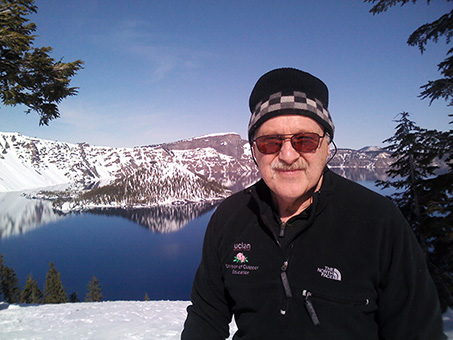 Soon after the founding of the ‘International Football Institute’ (IFI), a partnership between the University of Central Lancashire (UCLan) and The National Football Museum NFM) to advance football research and its application, an international academic conference on football was planned for September 2004. The Chair of the Strategy Group of IFI, Dr Graham Baldwin, encouraged academic members of UCLan’s School of Sport, Tourism and the Outdoors to develop research proposals and submit them to the programme committee for evaluation.

As Head of the Division of the Outdoors at the Newton Rigg campus in Cumbria, I had an interest in aspects of the First World War as my paternal grandfather had been one of the first motorised ammunition lorry drivers of the British Expeditionary Force and had been disabled all of his life following the conflict.  I knew of the two sporting micro-myths that were part of Britain’s collective memory of the Great War: a Christmas Day football match in 1914 between British and German troops and British Tommies advancing into battle kicking a football ahead of them.

I decided to research the Christmas football match story and found German resources which might bear on the story. Fortunately, my friend and former colleague, Dr Trevor Petney, was teaching at the Karlsruhe Institut für Technologie in Germany, and having had two uncles who fought in the Great War (one of whom won the Military Medal in 1918) was eager to become involved in the early research. Several days were spent in the Documentary Centre of the ‘In Flanders Field’ Museum at Ypres, where great help was given by Dominiek Dendooven, and then, as a result of this research, the archives of several Scottish regiments were utilised. Our research proposal, Germany 3 – Scotland 2, No Man’s Land, 25th December 1914:  Fact or Fiction?, was accepted by the conference programme committee and duly presented at the IFIs 2004 conference, European Football: Influence, Change and Development and then published in a follow up book in the Chelsea School Research Centre series (Vol. 8):
Iain Adams and Trevor Petney, ‘Germany 3 – Scotland 2: No Man’s Land, 25th December 1914: Fact or Fiction’, in The Bountiful Game? Football Identities and Finances, eds. Alan Tomlinson, Alan Bairner, and Jonathan Magee (Oxford: Meyer & Meyer Sport, 2005).

The research had revealed that there was not one truce along the whole front line but many, locally negotiated truces. Some units continued fighting whilst their immediate neighbours took part in various levels of fraternization with the enemy. As a result there was not one ‘proper’ football match but it is highly likely that football was played in a truly playful manner in many places. Following the presentation of the paper, I was approached by a primary head school teacher about the possibility of developing the material as a ‘different’ Christmas play for primary schools. The resulting play, A Game for Christmas (Word doc 349k) was developed around one of the most colourful descriptions, by Oberstleutnant Johannes Niemann, of a kick-about between the 133 Royal Saxon Regiment and 2 Battalion of the Argyll and Sutherland Highlanders. It was first performed at Abbeystead Primary School, Lancashire, in December 2006 and featured several of the individuals whose letters, diaries and books were source material. These included Niemann and Leutnant Hugo Klemm of the 133 as well as Lieutenants Ian Stewart and Hutchison, Sergeant Minnery and Private Chandler of the Argylls. Other real characters mentioned in the source material also made their way into the play.  Reports in the local press resulted in the Education Officer of The NFM (then in Preston) asking the pupils of Abbeystead to perform the play which they did twice following NFM media advertising.

At this point the Commonwealth War Graves Commission made the play available to schools and community groups via their Learning and Resources web pages. Between 2007 and 2010 the play was performed several times annually at the NFM in an ad hoc format with visitors being asked to read parts and dress up with available period clothing. In December 2011, I was then asked by the NFM’s education officer to re-write the script for radio for inclusion in the two week ‘Celebrate Sport’ event held by the BBC at Media City UK which culminated in the ‘Sports Personality of the Year’ show. Schools and community groups performed the play in a sound studio and then took the recording away as a learning resource; several schools used the recording as an assembly event. On 18 December 2014 Cheetham Primary School pupils performed the play at the opening of The Greater Game: Football & the First World War exhibition at the NFM. This was seen by members of the ‘National Children’s Football Alliance and they asked to make the play available through their resources website. This was agreed and it was promoted in the NCFA newsletter.
Continued research into the subject of the possible ‘match’ between the 133 and the Argyll’s for play re-writes resulted in a revised paper being published in 2015:
Iain Adams (2015) ‘A Game for Christmas? The Argylls, Saxons and Football on the Western Front, December 1914’ The International Journal of the History of Sport Vol. 32, Nos. 11-12, pages 1395-1415.
Against the odds the officers in the play, Hutchinson, Stewart, Niemann, Grosse and Klemm not only survived the war but also served and survived the Second World War (Piper McLintock was killed by a sniper on March 2 1915).

The play is now available on the Network’s website in our Schools Community Education Project section.

Iain Adams is currently developing his career as a tourist having recently been pleasantly severed from the University of Central Lancashire after a twenty-year stint. Latterly he was graduate research degree coordinator after heading up the outdoor education division in Cumbria. Previous to his university experience he was Chief Pilot for Vectair Aviation at Goodwood Aerodrome and a Civil Aviation Authority examiner. His MSc and PhD are from the University of North Dakota in the USA; the master's degree research being in sports psychology and the PhD in philosophy. He became interested in sports history in recent years and has a vague ambition of becoming a historian; he has published articles concerning World War One football on the Western Front and is currently researching the early days of American Football in Britain. As his wife is from Minnesota, he is not allowed to show any positive feelings towards the Green Bay Packers.