The Centre for Historical Research at the University of Wolverhampton is proud to host the 2019 conference of the Second World War Research Group.

This conference brings together established scholars and early career researchers to examine a range of military, social, diplomatic, cultural and political historical topics ranging from the Normandy campaign of 1944, and combat motivation to propaganda, and aspects of the Holocaust. All papers place their topics in a broader comparative context.

Attendance at conference (2 days) plus dinner £55

'The difficulties, obstacles, and ambiguities that confront anyone who tries to compare historical events or processes [are many] ... Yet, comparison is truly valuable we must not be cowards and shrink from our obligations.' (Carl Degler, 1991).

The Second World War offers rich potential for historians to rise to Degler’s challenge, and to re-evaluate its myriad aspects in the context of earlier and later conflicts. 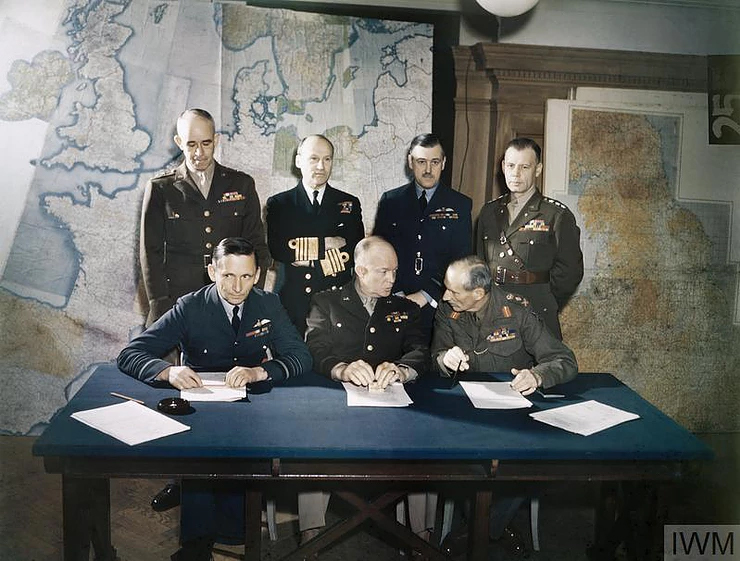 The Second World War was not a standalone conflict (or rather series of conflicts). It was part of a continuum of warfare that stretched back into the past and forward into the future. It can be seen as both the culmination of one particular type of conflict and the beginning of another one; as the central event in a short twentieth century that lasted from 1914 to 1991; as the second stage of a European-focused conflict that began at Sarajevo and ended at Potsdam 31 years later; or as the prelude to the Cold War. Moreover, the Second World War was a crucial point in the unravelling of European empires, leading to a series of ‘aftershock wars’, mostly based around insurgencies. The phrase ‘total war’, although not unproblematic, offers a vehicle for assessing the extent to which developments on the various home fronts during the Second World War built upon earlier precedents, and in turn influenced post-1945 trends and events: the debate on the impact of the war on gender is a case in point.

Most senior politicians, officials and military officers of the Second World War had served in a junior capacity in 1914-18, and for many civilians, 1939-45 was their second experience of a major war. Indeed, the responses of the belligerents to the Second World War cannot be understood without reference to their First World War. Likewise, 1939-45 was the formative experience for many in senior positions in the decades that followed. Indeed, memories and interpretations of the Second World War continue to influence discourse and politics in various ways in different countries to the present day, for good or ill. Of course, connections can be traced between the Second World War and conflicts other than the First World War. Arguably, the formulation and conduct of Anglo-American strategy was complicated by the fact that the two nations drew on very different strategic traditions, one reaching back to the American Civil War, the other to the eighteenth century.

Find out more about the Second World War Research Group