As a theatre historian, the dusty archives I spend lots of my time digging about in don’t always throw up work which retains any kind of urgency. Yet, over the last year or so I’ve been researching a musical which feels brutally contemporary in its portrayal of racism and immigration in Britain. Over the last week, The Guardian has revealed the plight of members of the so-called ‘Windrush Generation’ who have been threatened with deportation after a lifetime in the UK.

Jack of Spades, performed at the Liverpool Everyman in 1965, and set in the city, tells the story of Jack who arrives from Guyana at the start of the musical. His high hopes of life in Britain evaporate, as he faces engrained racism and social deprivation in the poorest areas of the city. He meets the local MP who is courting the ‘immigrant vote’, and falls in love with her daughter, Gillian.  He is beaten up by the police who threaten him:

You steal our jobs, our homes, and muck about with our women

Well let me tell you what, we none of us like your face

The musical was composed by Norman Beaton (1934 - 1993), who went on to have a long career as an actor and was best known for playing the title role of Desmond’s, a Channel 4 sitcom set in a Peckham barbers. Before leaving Guyana, Beaton was a calypso champion – and the musical score fuses together calypso with the skills of Terry Hines’s more Beatles’ infused sound (they had also played at the Cavern Club). The book was by Ken S. Hignett (who used the name Sean Hignett afterwards), and the lyrics by Beaton and Hignett together. It was the only musical Hignett ever wrote, though he is also known for his account of the stark realities of Liverpool8 in the Swinging Sixties in A Picture to Hang on the Wall (1968).

The production was directed by Terry Hands, right at the beginning of his leadership of the Everyman theatre, and had been commissioned by him as the theatre’s contribution for the Commonwealth Arts Festival. The festival was meant to be a celebration of the cultural heritages of the former British colonies, with work performed in Liverpool, Glasgow, Cardiff and London. The festival has been considered at length by academics like Radhika Natarajan as a key moment of imagining what a post-British Empire future might look like, of trying to celebrate multiculturalism as an idea to sustain the commonwealth. Jack of Spades hasn’t yet been discussed, something which is particularly important given that seems to have been the only event in the festival which explicitly discussed the experience of immigration from the Commonwealth to the UK. 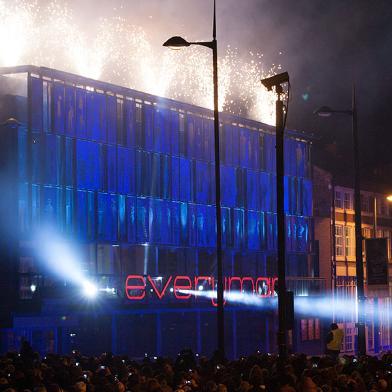 Almost nothing remains of the musical – or so it seemed when I started researching. It’s often described as a ‘doomed love story’, but in fact, Gillian does reject her parents and the couple build a future together. When I first visited the Lord Chamberlain’s collection at the British Library, the knot on the ribbon holding the script shut was tied so tight I could barely open it. The reader’s report and recommendation from the Lord Chamberlain’s office, who were in 1965 still able to censor plays they deemed improper, is dismissive of the musical as a whole. They were unimpressed by the script and its depiction of police brutality: the reader’s report notes ‘I'm tired of the police perpetually being presented as brutal and corrupt and suggest that this scene comes out.’

For years, no score was thought to exist – and certainly no written score survives. Since I pulled the ribbon open I have been able to find cast lists, been able to interview Sean Hignett about his work on his project, and listen to a recording of the score in a private archive. The reviews of the show in Liverpool were poor, but elsewhere in national press the importance of the musical was noted. The Times’ review noted that ‘the whole enterprise was courageously conceived and is unwaveringly courageous in presentation. There is enough here to outrage both West Indian and English opinion.’

The musical is shockingly direct in the way it stages and frames racial tension, it opens with a Fascist on the docks of Liverpool confronting the audience that the only way to make Great Britain ‘Great’ again is to ‘rescue it from the immigrants who are ruining our country’. Jack, fairly soon after arrival, meets a pimp (named only as ‘The Ponce’ in the script) who tries to sell the life of crime to Jack. ‘The Ponce’ is deported, and the final moments in the musical refer to the racist epithet ‘Spade’ in the title.

‘The Ponce’ calls for violent uprising: in a speech which is clearly informed by the Black Power movement, he says ‘it’s too late to fight with ideas’.

Shortly before his death, Norman Beaton gave an interview to the BBC where he described his career as ‘Being in a country and being in a profession, which is the arts, which resists black people being in it.’ This musical is largely absent from histories of British musical theatre, it’s often just a brief sentence in short sections describing multiculturalism. Yet the vital relevance of this piece to Britain in 2018 would suggest that much more needs to be done to reinstate this piece back into the story of the musical in the UK.

What else has been tied up in string, waiting to be opened?