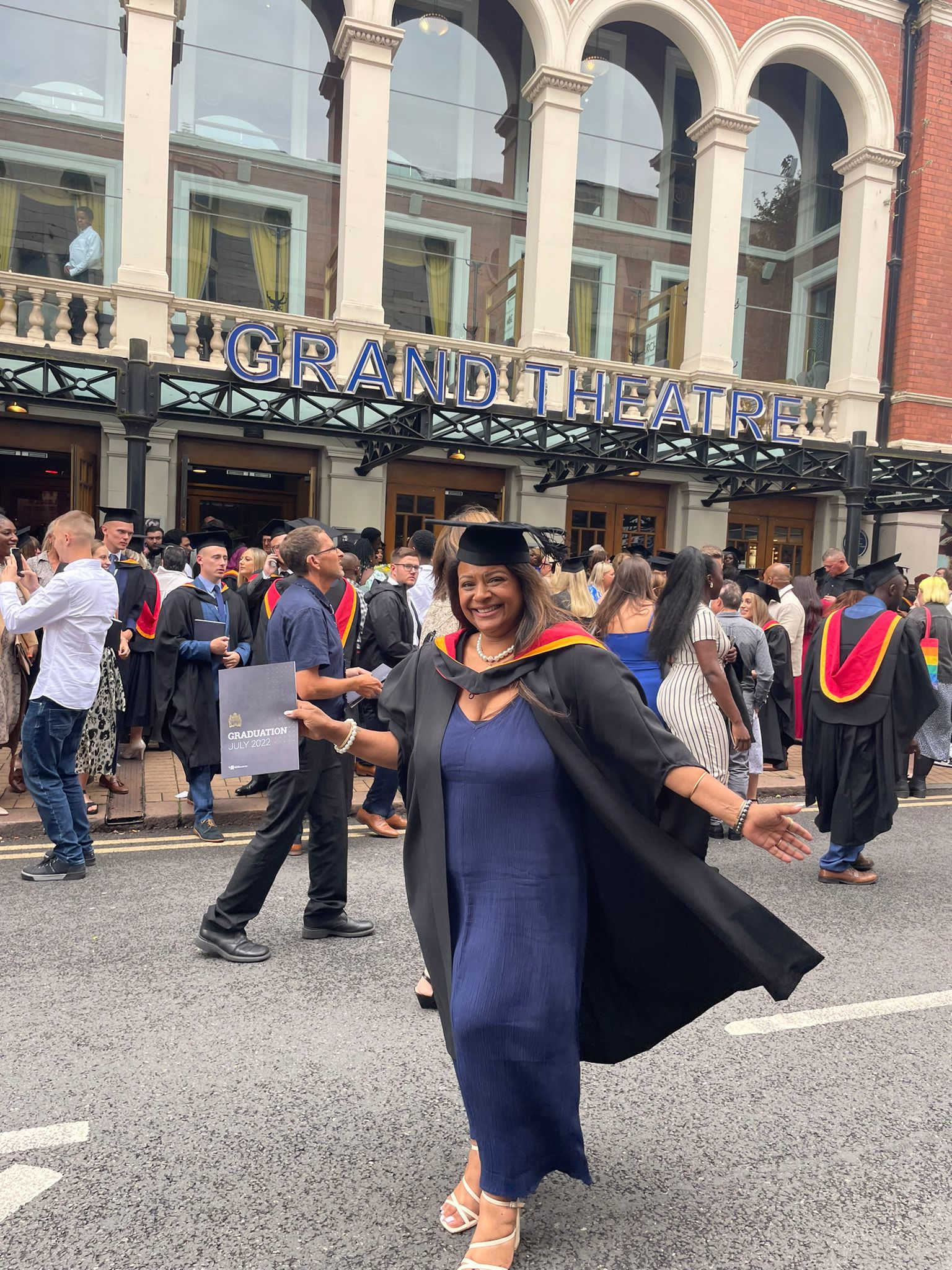 From struggling to turn on her new laptop to graduating with first-class honours, mother of three, Sarbani feels ‘as proud as punch’ to finally celebrate.

Former Wolverhampton Polytechnic student, Sarbani Mookerjee-Kale, returned to education to follow her passion and pursue a career in Psychology.

In 2016, Sarbani (Sab) attended a university open day to support her eldest daughter in taking the next step in her higher education journey. Little did she know that she would be a student herself in a few months’ time.

Sab states it wasn’t until she was speaking to course leaders and wandering around the campus that she realised what she had missed out on and wished she had continued her education.

As a busy mom doing the daily school run, Sab didn’t see returning to education as an option but couldn’t stop thinking about ‘what could have been.’

After visiting the University of Wolverhampton, she learned about the support on offer for mature students with childcare responsibilities and three months later, submitted her application.

With a true interest in people and behaviour, Sab states the BSc Psychology (Hons) degree was the perfect course for her.

Sab said: “I’ll never forget preparing for university, I bought a new laptop and started to get frustrated with it not working. I was pressing all these buttons and my daughter turned to me and said ‘mum, try turning the laptop on.’

“Fast-forward five years and here I am with a first-class degree, going on to do my doctorate - I cannot explain in words, just how overwhelmed I feel.

“My children have always come first in everything I do, and thanks to the support on offer at the University, I’ve been able to continue to be a mum, wife, and daughter, as well as becoming ‘student Sab’.

“I feel very blessed to be celebrating my graduation, I couldn’t have done it without the support of my family, my girls especially have been phenomenal, and without their support, I would not be where I am today.”

During her student journey also led Sab to meet lifelong friend Gaynor Green. Having both started university at 47, juggling motherhood with their studies, they motivated and supported each other throughout their studies, and both graduated with first-class honours. 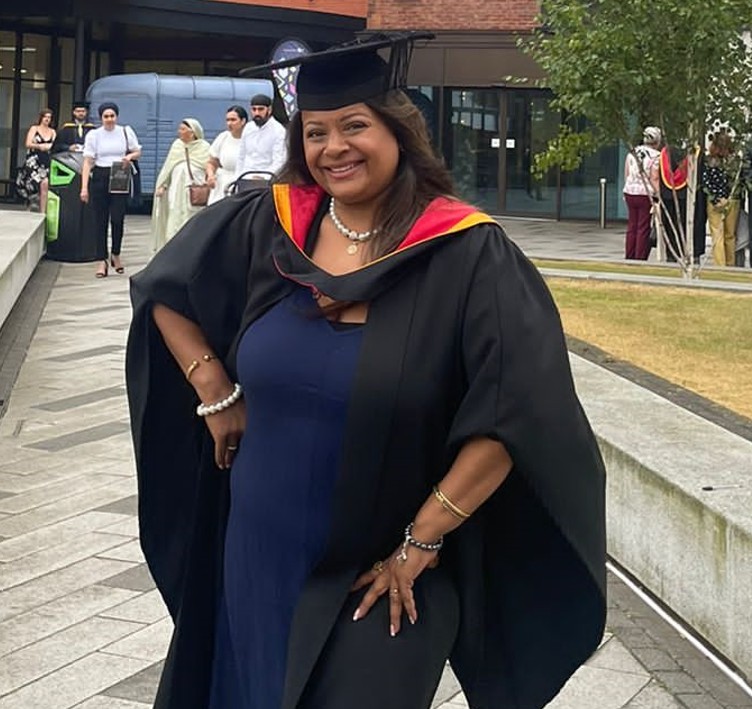 Speaking to future mature students, Sab says: “Don’t let anyone tell you, you cannot achieve something. I started here at 47, I’m nearly 52, here for another three years – and it’s the best decision I ever made.

“There’s a high percentage of mature students across the university, you will never feel like you’re too old to be here or feel left out.

“I believe it’s more valuable to study as a mature student as you place more importance and value on your achievements. At this age, you know exactly where you want the degree to take you which is a huge bonus point.

“The University has been absolutely amazing, you will always find the right people to help you, guide you and support you. So, if you’re thinking about returning to education, it’s not too late - follow the dream.”

In addition to her studies, Sab also supports students across the University as the Global majority liberation rep at the Student’s Union and works as a mentor at Aspire2Uni.

Graduates are encouraged to keep in touch with the Alumni team and take advantage of a range of benefits and support on offer to them including a discount for Postgraduate study and opportunities to benefit from mentoring, volunteering and career advice.