Following a successful bid to the Culture Recovery Fund, the Arena Theatre at the University of Wolverhampton is pleased to announce its season of online theatre coming straight to the homes of audience members this Autumn! The line-up will include some familiar favourites, alongside the introduction of some new collaborations with local artists and companies. 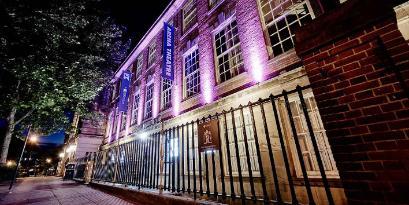 Associate Artist Jaivant Patel Dance is bringing a virtual instalment of his popular Diwali Utsav show on Saturday 14th November – featuring excerpts of his Samarpan Mahotsav performance from 2019 – which will be available for 48 hours for audience to watch.

A new collaboration is being introduced, with ME Dance Company, to mark Black History Month, with a short film of their piece Disconnect being showcased on the Arena Theatre’s website from Friday 23rd October.

The Arena Theatre is also one of three venues participating in a socially distanced 14/48 UK Festival, with plays being recorded at the Wolverhampton venue alongside Attenborough Arts Centre and The Y: both based in Leicester. Plays from all three venues will be streamed on Friday 20th and Saturday 21st November and will be free to watch.

Teaming up with the University of Wolverhampton’s Doctoral College, A STEAM’ed Christmas Lecture is being hosted virtually by the venue and free for audience members to watch, with a space theme to festivities this year.

Little ones will have something to bring some much-needed cheer over the festive period too, as Cardiff-based Taking Flight Theatre Company bring their digital project First Three Drops into the homes of local families on Saturday 5th December.

However, it isn’t just the online world where the Arena Theatre is making its comeback. Teaming up with Krazy Kat Theatre’s Artistic Director Kinny Gardner, the venue is taking a twenty-minute, COVID-19 secure version, of Krazy Kat’s hit show Cinder-Ella into schools across Wolverhampton and the Black Country in late November, proving that obstacles posed to the arts by the current pandemic can be overcome.

Neil Reading, Artistic Director at the Arena Theatre, said: “Whilst we’re disappointed that we are not yet in a position to welcome audiences into the theatre, we are delighted that we are able to bring this season of online work to our audiences at home.

"We hope we are bringing a little flavour of the Arena with this season of work and we are working incredibly hard to bring audiences back to the venue as soon as possible. The recent investment from the Cultural Recovery Fund means we will be installing streaming equipment over the next few weeks and will be able to bring a high standard of streams to audiences at home. We hope this will keep the programme alive until we are able to reopen and will allow those who don’t feel comfortable to re-join us when we do open, to continue to enjoy our content at home well into the future.” 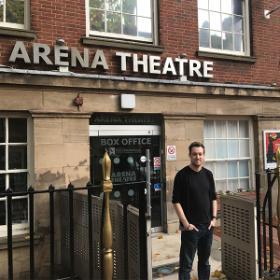 All information correct at the time of printing, due to the ongoing situation changes to the programme are inevitable, please keep an eye on our website and social media.