GETTING RESULTS: Computer student analyses a future in sport

Ben Maitland is on course for reaching his goal of being a Sports Analyst after studying for a degree in Computer Science at the University of Wolverhampton - bagging a job as sports analyst at Birmingham City Football Club.

Ben, 21 from Southampton, got lower A Level grades than he expected and accepted a place in Wolverhampton which was his second choice university.

Working with the Institute of Sport at Walsall Campus, Ben began to use his computer knowledge to analyse sport and lecturers put him in touch with Birmingham City Football Club where he worked as a volunteer sport analyst for Birmingham City Women Football Club for a year before being appointed Head of Performance Analyst.

He has also worked with the UEFA Women England Under-19 team.

Ben said: “When I came to the University it was with the intention of being a Computer Science software developer programmer but I met someone in the WLV Sport team who managed to take my love for football and turn it into a full time career by linking me with Birmingham City Women Football Club.

“There was little analysis being done at the club. Now we’ve got a fully-fledged programme that competes in the top end of the league.” 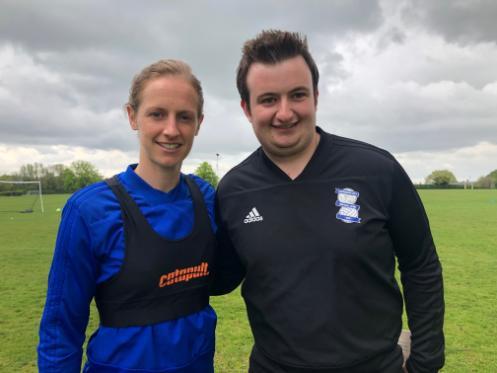 He said: “I’d like to go full-time and I haven’t ruled out the possibility of doing other things whether it be working for a national team or a first team in a high level academy set-up.  I want something to challenge me, test me to my limits. Computer Science and high performance sport can work together - it’s just how you manipulate one to work with the other.”