The University of Wolverhampton will be celebrating the life experiences of Black and Asian people from all over the world with a week of film screenings at the end of January.

Organised by the University of Wolverhampton BME (Black and Minority Ethnic) Staff Network, with support from the University’s Disabled and LGBT (Lesbian, Gay, Bisexual and Transgendered) Staff Networks, the event will feature films from five different countries, including France, Uganda and India.

Every event will start with a special public talk expanding on some of the themes explored in the film being shown.

The Film Festival is taking place at the Arena Theatre from Monday, 30 January to 2 February 2017. Every day there will be a film screening at 5.30pm, and on Wednesday (1 Feb) there will be an additional screening at 1.30pm. All screenings are free to attend and open to the general public.

The festival will open with a screening of Taare Zameen Pa, with an introduction by Pritpal Sembi, Acting Head of the School of Media, and a renowned specialist in Bollywood and World Cinema.

Carol Harvey-Barnes, a specialist in drama and musical theatre, will introduce a screening of Girlhood, a BAFTA-winning French film about the lives of young Black women in Paris, on Tuesday, 31 January. Harvey-Barnes will be representing the Athena Swan Intersectionality Working Group, a forum within the University that promotes greater understanding of the impact on women of the interrelationships between different forms of discrimination.

On Wednesday, 1 February at 1.30pm, Dr Paschal Anosike, Director of the Centre for African Entrepreneurship and Leadership (CAEL), will introduce a screening of Gone Too Far, a British-Nigerian comedy about a Nigerian immigrant struggling to connect with his Black British younger brother. Dr Anosike has worked on projects in Africa supported by The Commonwealth, UNCTAD, UNICEF, WHO and the Department for International Development.

Dr Meena Dhanda will talk on Wednesday, 1 February at 5.30pm about the experiences of immigrants and their families before a screening of The Namesake, an acclaimed film about the life of a second–generation Indian-American. 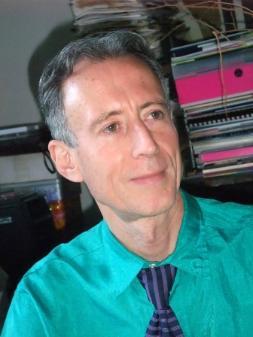 Peter Tatchell, a human rights campaigner best known for his work with LGBT social movements will introduce a screening of Call Me KuChu, a film set in Uganda where openly gay man, David Kato and his fellow activists work to defeat new legislation in their country that would make homosexuality punishable by death. This will take place on Thursday, 2 February 2017.

Will Cooling, Equality and Diversity Special Projects and Policy Manager at the University of Wolverhampton, said: “At the heart of the University of Wolverhampton is our mission to educate people about the world around them. We are very excited to start 2017 with the One World Film Festival, a special week of events to explore the life experiences of Black and Asian people across the world. Building on our long support of Wolverhampton Black History Month, we aim to both celebrate Black and Asian cultures while also highlighting the unique challenges that BME people face across the world.”

All events will be taking place in the Arena Theatre. Staff, students and the local community are all invited to attend.  Tickets are free and can be reserved through the website.  For more details email: arena@wlv.ac.uk or call the box office on 01902 321321.