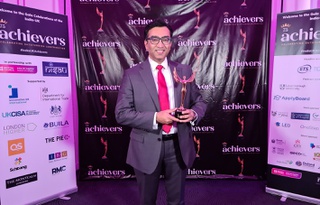 A writer and comedienne who challenges perceptions about Tourette’s syndrome has received an honorary degree from the University of Wolverhampton.

Jess Thom co-founded Touretteshero in 2010 as a creative response to her experience of living with Tourette’s syndrome.

She was awarded an Honorary Doctor of Letters at a graduation ceremony at Wolverhampton Grand Theatre on Saturday, 17 September 2016.

The honour was presented by the Faculty of Education, Health and Wellbeing in recognition of Jess’ contribution to raising awareness of Tourette’s syndrome. 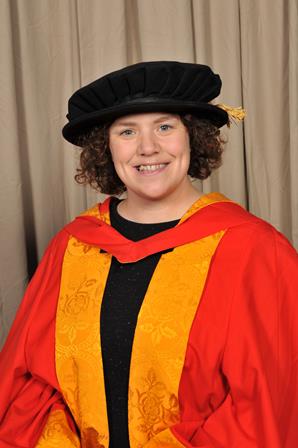 She said: “It’s incredible to have my work recognised in this way. Co-founding Touretteshero in 2010 I could never have imagined where it would lead. I am grateful to the University of Wolverhampton for their recognition.”

Touretteshero is about reclaiming this most frequently misunderstood condition, challenging people to think differently, and building a more inclusive society.‌‌

Jess is based in London, where she graduated from The Royal College of Art in 2005. She has worked as an artist educator and workshop facilitator for The Tate, The South London Gallery and The Chisenhale and has undertaken an Engineering and Physical Sciences Research Council funded residency.

She has spoken widely in the media about her life with Tourette’s and has written in the mainstream and disability press including The Guardian, The Observer and Disability Now. She hasperformed at Glastonbury, the Edinburgh Fringe Festival, DaDaFest in Liverpool and the Unlimited Festival at London’s Southbank Centre.

In 2012, she published Welcome to Biscuit Land – A Year In the Life of Touretteshero, with a foreword byStephen Fry. In 2014, she co-devised the award-winning stage show Backstage inBiscuit Land which has had an extensive UK and US tour.

Jess is committed to increasing opportunities that allow the experiences of people living with Tourette’s syndrome to be heard, ‘changing the world one tic at a time’.

Honorary degrees are awardedto high-profile figures that make a significant contribution to their field of expertise.