‌A graduate of the University of Wolverhampton will see his new sitcom broadcast on Christmas Eve – the first to be devised and performed entirely in sign language by deaf actors. 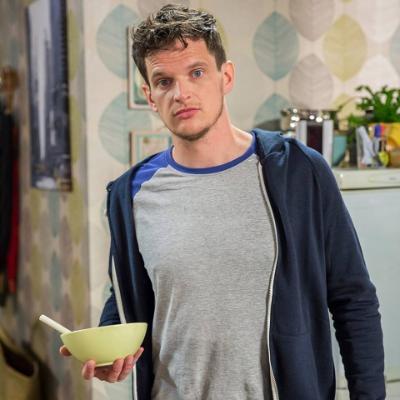 Brian Duffy, who studied BA (Hons) Video and Film Production, came up with the idea for ‘Small World’ – a comedy series about a group of deaf flatmates – with his friend and co-writer Ace Mahbaz. Both deaf actors, they also star in the programme.

“The idea came from when Ace and I lived together in London – we were living in a single studio flat, a single bed each, and we dreamt of doing a sitcom,” said Brian, who lives in Hackney, London. “The world’s first sitcom in sign language we felt was a long time coming. British Sign Language (BSL) has been on TV for around 30 years, and it was time we did something different with the language.

“Studying at the University of Wolverhampton, my three years helped me with networking and organisation – especially as filmmakers came to Wolverhampton for Deaffest, the UK’s leading deaf film and arts festival. My lecturer could also sign which was a great help and a huge weight off my shoulders – I could talk to her one-to-one. That’s something I never had the pleasure of pre-university.

“I’m still young and I have much to learn, but I’m aiming for a feature at some point in my life. My main objective is to bring a true representation of deaf people to the screen.”

Tracy McCoy, Brian’s lecturer and Head of Department of Film, Media and Broadcasting, Faculty of Arts, University of Wolverhampton, said:

“Brian showed a great talent for performing and enlisting the co-operation of his peers in student and self-initiated projects right from the 'get go' of his Video and Film Production course. We are very proud of Brian and pleased for his achievements both in television with BSLTV and in small scale touring theatre.  Brian’s advocacy of British Sign Language media production is a passion that we were happy to nurture; writing and starring in ‘Small World’ - one of BSLTV’s flagship shows - is a huge achievement and we wish Brian all the best as he continues to progress his career.”

Rosie Benn, a current BA (Hons) Video and Film Production, said: “I am extremely passionate about the deaf media world and I am proud to be a student of the University of Wolverhampton which has a strong deaf community, deaf aware lectures and several past graduates like Brian Duffy who have succeeded extraordinarily well. Actor, writer, director, workshop facilitator and translator are just a few of the roles of what ‘Duffy’ has undertaken in the last few years; he is, without a doubt, my perfect role model and is achieving everything I aspire to. I believe he is a great advocate for young media professionals.”

Small World can be viewed from Thursday 24 December on the Community Channel - on Freeview (channel 63), Sky (539) and Virgin (233) - and online at www.bslzone.co.uk; the series was commissioned by the British Sign Language Broadcasting Trust.

As well as being performed in BSL, Small World features comedy which is true to deaf culture, using facial expressions, visual humour and in-jokes referring to situations and themes that are familiar to deaf people.

Duffy and Mahbaz used an innovative new method of ‘writing’ their series in sign language, using videos to record lines and scenes, with very little written down on paper.

Starting with just an outline of the episode, the duo work with the actors to develop the script in sign language in extensive rehearsals and improvisation sessions.

For more information on courses within the School of Media at the University of Wolverhampton, please visit www.wlv.ac.uk/arts

About the University of Wolverhampton