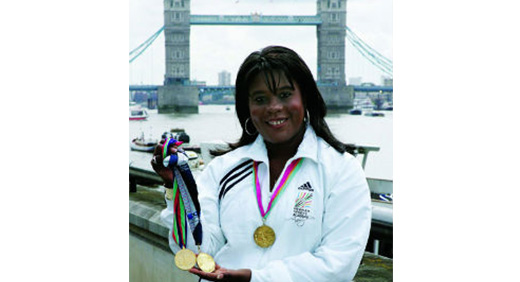 Around 200 people are expected to attend the University’s annual Sports Awards ceremony on Wednesday (20 March 2013).

The special night, to be held at Walsall Football Club, will recognise those who have been successful in the sporting field throughout the academic year.

Tessa Sanderson CBE is a six times Olympian and winner of a gold medal in the Javelin at the 1984 Olympics in Los Angeles. She is also an honorary graduate of the University of Wolverhampton.

Mike Chamberlain, Director of Sport at the University, said: “The 2013 Sports Awards will be the third time the University has celebrated sports achievement with an awards dinner, and we very much look forward to returning to Walsall FC for the evening. “We are incredibly excited and honoured to welcome Tessa Sanderson CBE to the event. Tessa will be presenting the awards and passing on a few inspirational words to our student sports stars.”

As well as her Olympic success, Tessa Sanderson is also a three time Commonwealth gold medallist, and has been awarded the MBE, OBE and CBE for her services to sport.

She grew up in Wednesfield, and attended Wood End Primary and Ward’s Bridge High School. She also trained at Wolverhampton and Bilston Athletics Club.

The ceremony will start at 8pm.

If you would like to send a photographer to the event, please contact the Media Relations Office on 01902 322736.