A new exhibition featuring glass art by an internationally renowned Chinese artist and graduate of the University of Wolverhampton has opened in the city.

Poetics of the Handmade at Wolverhampton Art Gallery features artwork by Professor Zhuang Xiaowei, Director of 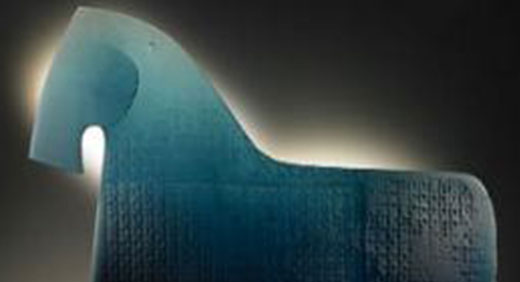 The ‌Glass Studio at the Fine Arts College of Shanghai University.

Zhuang Xiaowei is a Masters graduate and Honorary Professor of the University’s School of Art & Design.

The artwork will be on shown until Thursday, 29 November 2012 and is open from Monday to Saturday 10am to 5pm.

Dr Bryony Conway, Dean of the School of Art & Design, organised the new exhibition. She said: “Zhuang Xioawei has had a major impact both on glass art and the glass industry in China. His beautiful and evocative art work has influenced a generation of young Chinese glass artists. At the same time he has nurtured small enterprises in China to develop glass giftware.”

Zhuang Xiaowei is Director of The Glass Studio at the Fine Arts College of Shanghai University, which has won global recognition for its achievements, and he has held exhibitions of his glass art in Hong Kong, Osaka, Munich, London and New York.

He was also the Founding Director of the Shanghai Museum of Glass, the first contemporary glass museum in China.

In 1998, Zhuang Xiaowei was sent by Shanghai University to study for a Master’s degree at the Department of Glass Art in the School of Arts & Design at the University of Wolverhampton.

In November 2000, he returned to China. Under technical support from the University of Wolverhampton, he established a glass studio, engaged in independent instruction in glass art at the Fine Arts Academy of Shanghai University.

His studio has won global prestige for its achievements and his works are included in the permanent collections of prestigious institutions.