Governor of the Bank of England visits Wolverhampton

‌The Governor of the Bank of England, Sir Mervyn King, has visited Wolverhampton to present a talk on the economy. 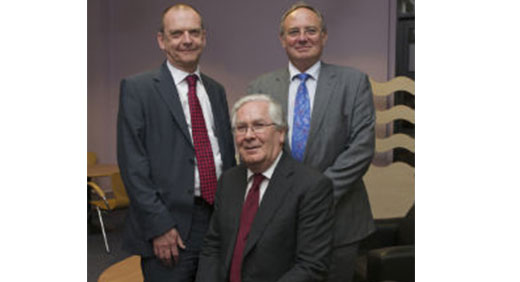 Sir Mervyn, who has strong links to Wolverhampton, presented the first in a new series of talks titled Wolverhampton Debates yesterday (Monday, 9 July 2012).

The event was organised by Wolverhampton City Council, the University of Wolverhampton and Pat McFadden MP, and compered by BBC Midlands Today presenter Michael Collie.

Sir Mervyn spoke on the topic of ‘our economic future’ and then took part in a question and answer session with the audience at the event at the University’s City Campus.

Vice-Chancellor of the University of Wolverhampton, Professor Geoff Layer, said: “We were delighted to welcome Sir Mervyn King to deliver the first in this new series of talks. As a University we are striving to create excellent employment opportunities for our students and graduates and are committed to working with businesses to support the regeneration of the region, and Sir Mervyn’s thoughts on the subject of our economic future were insightful, interesting and thought-provoking.”

Simon Warren, Chief Executive of Wolverhampton City Council, said: "I am extremely pleased that Sir Mervyn King was able to host the first of a series of insightful debates here in the city. As the Governor of the Bank of England, there aren't many people better qualified to host a discussion on the economy. His strong links with Wolverhampton made his thoughts and comments on the local economy all the more absorbing."

Sir Mervyn King is one of the best known people in public life who has an association with Wolverhampton. He attended Warstones Primary School and Wolverhampton Grammar School, which he also recently visited.