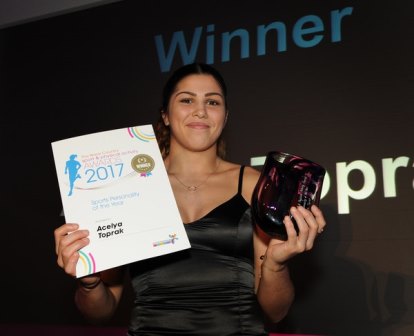 Meanwhile, the coach of the year award went to Wayne McDonald, who has been coaching Judo for over 13 years and is a Judo Development Officer.

Dave Elmore, Head Coach at the University, said: “We are incredibly proud of Acelya and Wayne’s success. They are both dedicated members of their sport and the University Judo community is delighted to have seen their achievements recognised.”

Hosted by Pete Morgan, the ceremony at the Copthorne Hotel, Dudley showcased the successes and inspirational stories of Black Country clubs, coaches, projects, sportspeople and unsung heroes over 11 categories.‌

Maggie Alphonsi MBE, former England Rugby Player was guest speaker, and offered the audience an insight into her goals and dreams, and rise to England team glory.

Details of the University of Wolverhampton winners: 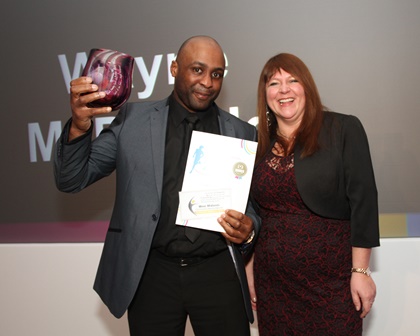 SPORTS PERSONALITY OF THE YEAR
Acelya Toprak
Acelya has been performing at the highest level of Judo for over 10 years. She is now making the transition to senior level by entering senior European ranking events and already being successful at the event. She has had an outstanding year in her judo performance so far, whilst at the same time studying for a degree. During this year alone she has won 1 bronze, 2 silver and 3 gold medals at European events.

COACH OF THE YEAR
Wayne McDonald
Wayne has been coaching Judo for over 13 years. He is a Level 2 UKCC coach. He has developed his coaching skills recently by shadowing and coaching visually impaired young people and also volunteers at the annual British Blind Sport Day. Wayne is a positive role model to young people, he leads by example but also challenges other people’s behaviours. He manages to bring a balance in engaging with students, he rarely says no, and is always willing to help. Wayne coaches beginners at school and community clubs, and he coaches more experienced players, coaching at competitions up and down the country. Wayne links his school activities to other local clubs in the area making sure each individual is linked with the right coach.