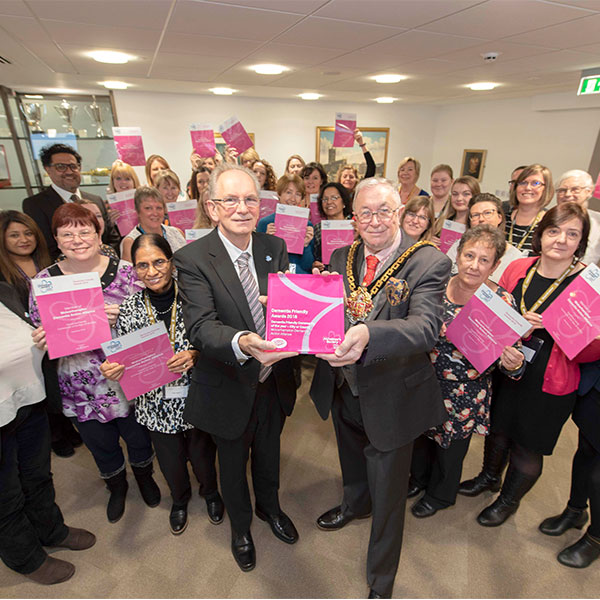 Organisations came together to highlight the good work which is taking place to make Wolverhampton a Dementia Friendly Community at a special event on Tuesday, 11 December.

The city was officially granted Dementia Friendly Community status by the Alzheimer's Society 12 months ago in recognition of the efforts being made by members of Wolverhampton Dementia Action Alliance to improve services for people living with dementia, and their families and carers.

The Alliance, a partnership of dozens of local organisations including the University of Wolverhampton working to become dementia friendly, was itself named a winner in the Dementia Friendly Community of the Year category at last month's Alzheimer’s Society's Dementia Friendly Awards – and this week’s event hosted by the Mayor of Wolverhampton Councillor Phil Page celebrated both achievements.

Opening the event in the Mayor’s Parlour, he said: "Congratulations to everyone who is working so hard to make Wolverhampton as dementia friendly as possible.

"Dementia is not going away so we need to unite and take action. We are committed to improving all types of support and it's great to see the community, private businesses and shops working together to make Wolverhampton a better place to live for people affected by dementia."

Jon Crockett, Chair of Wolverhampton Dementia Action Alliance and the University's representative on the Alliance, said: “Excellent work has taken place to help Wolverhampton become a Dementia Friendly Community, and I would like to thank everyone – individuals and organisations big and small – for their fantastic contributions."

During the event, members of the Dementia Action Alliance shared key achievements and highlighted the steps they are taking to make sufferers feel better understood, respected and supported. The showcase also included an awards ceremony recognising individuals and organisations who have played a key role in helping make Wolverhampton more dementia friendly.

Councillor Hazel Malcolm, the City of Wolverhampton Council's Cabinet Member for Public Health and Wellbeing, said: "Dementia is a debilitating condition which affects 3,400 people in Wolverhampton who are living with the disease, and also their families and carers.

"Together, we are determined to do all we can to improve their lives as much as possible – and Tuesday’s event showcased how well organisations from across the city are working together to make this happen."

The Dementia Action Alliance is coordinated by the City of Wolverhampton Council and comprises a wide range of organisations including retailers, businesses, health and the emergency services, charities, religious groups and education providers, which are working to improve services to better meet the needs of people living with dementia. Its membership also includes carers and people with the condition who can speak first-hand about their experiences. 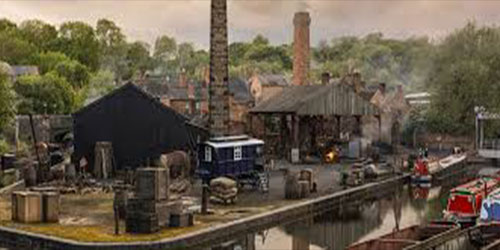