A University of Wolverhampton student is celebrating clinching a bronze medal at a memorable European Judo Championship held on home turf.

Natalie Greenhough got GB Judo off to a good start at the 2017 International Blind Sports Federation (IBSA) European Judo Championships on Friday (4 Aug) by winning her first major senior medal. 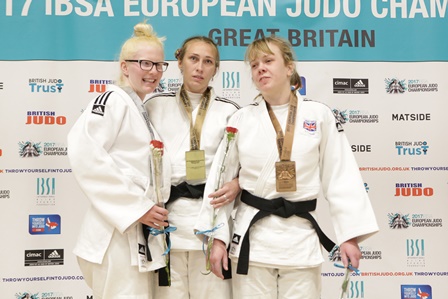 The championships took place at the University’s Walsall Campus, where Natalie is a BSc (Hons) Exercise and Health student.

The 23-year-old came through some tough fights on the day to finish behind Russia’s Olga Zabrodskaia and Croatia’s Lucija Breskovic. This was the -70kg judoka’s first senior major championship medal.

Also celebrating was Chris Skelley, who won gold in the final of the men's 100 kilograms competition on Saturday (5 Aug).

Skelley, who trains full-time at the British Judo Centre of Excellence at the University and lived at the Walsall Campus for three years, claimed victory against Russian Malik Kurbanov. Skelley became Britain’s first IBSA European champion in four years. 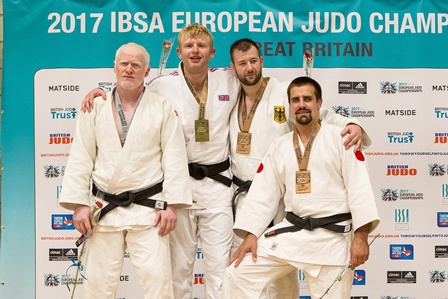 The 24-year-old said: “Absolutely incredible. I was just saying it’s a mix of emotions. You want to cry and be happy at the same time but I’m just in shock. We put all the hard work in and effort."

Director of the University’s Institute Of Sport, Kay Biscomb, said: “The University was delighted to host this major Judo competition, and we are so proud of both Natalie and Chris’ success at this event. They have both worked so hard and their dedication to their sport is truly inspirational.”

Speaking afterwards EPC Academy Programme Denny Robert said of Natalie Greenhough: “She’s been training hard. It’s great experience again to pick up that medal and hopefully that will and inspire her onto the next Games.”

Rio 2016 paralympian Greenhough was part of GB's seven-strong team at the event.

The University’s Walsall Campus played host to the Europeans for the first time since Crawley 2011.