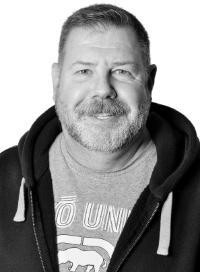 Dr Max Stewart is a sculptor who explores imagery through the medium of glass. Working in the ancient technique of pâte de verre (translated as ‘pastes of glass’) Stewart challenges the viewer to step inside the object and become the participant. By doing so the viewer encounters the space between what he sees and what he thinks he sees. The colours and surface treatments of his glass are created during the kiln forming process at around 800o C using traditional metallic salts and oxides. Much of Stewart’s practice is research led and is informed by processes that are akin to scientific enquiry. His practice is also derived from the techniques and methodology of the French pâte de verre artist Amalric Walter (1870-1959) that have become central to his work.

Stewart recently completed his doctorate at Edinburgh University and Edinburgh College of Art. It was the first joint PhD between those two institutions.

Before turning to glass in 2000 Stewart worked in animation as a production designer chiefly at the BBC and Channel 4 (UK).