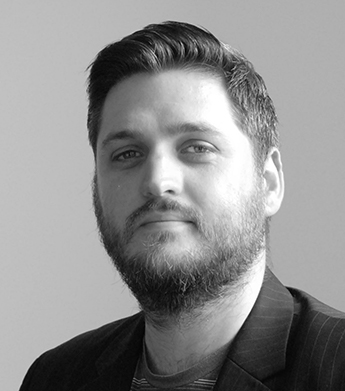 George Campbell Gosling is a social, cultural and political historian of modern Britain. His work primarily uses the themes of medicine, charity and welfare to explore wider questions of gender, citizenship and consumerism.

His most recent book, ‘Payment and Philanthropy in British Healthcare, 1918-48’, was published by Manchester University Press in 2017. It explores the complex meanings of payment in the pre-NHS hospital, arguing that when patient payments became commonplace after the First World War they found a surprisingly traditional accommodation with long-established class-bound principles of philanthropy.

You'll find him online on twitter and at his own his own Musings site, where his regular blog includes a popular series of 'advice to students' study skills posts.

Healthcare and the Community in Modern Britain, focus section edited and introductory essay co-authored with Stephen Soanes for Family and Community History, vol. 12, no. 2 (2009)

'The Birth of the Pregnant Patient-Consumer? Payment, Paternalism and Maternity Hospitals in Early Twentieth-Century England' in Jennifer Evans and Ciara Meehan (eds), Perceptions of Pregnancy from the Seventeenth to the Twentieth Century (Palgrave Macmillan, 2017), pp. 189-212

'Healthcare as Nation-Building: The Case of the British National Health Service' co-authored with Glen O’Hara in Paul Weindling (ed.), Healthcare in Private and Public from the Early Modern Period to 2000 (Routledge, 2014), pp. 123-141

Dr Gosling is module leader for the following undergraduate and MA modules:

He is also often a member of the teaching team for the following undergraduate and MA modules:

Dr Gosling welcomes expressions of interest in the social, cultural and political history of modern Britain, especially topics relating to the history of charity and/or healthcare. He is currently a member of the supervision team for:

Dr Gosling is on the advisory panel for a number of heritage projects, including: